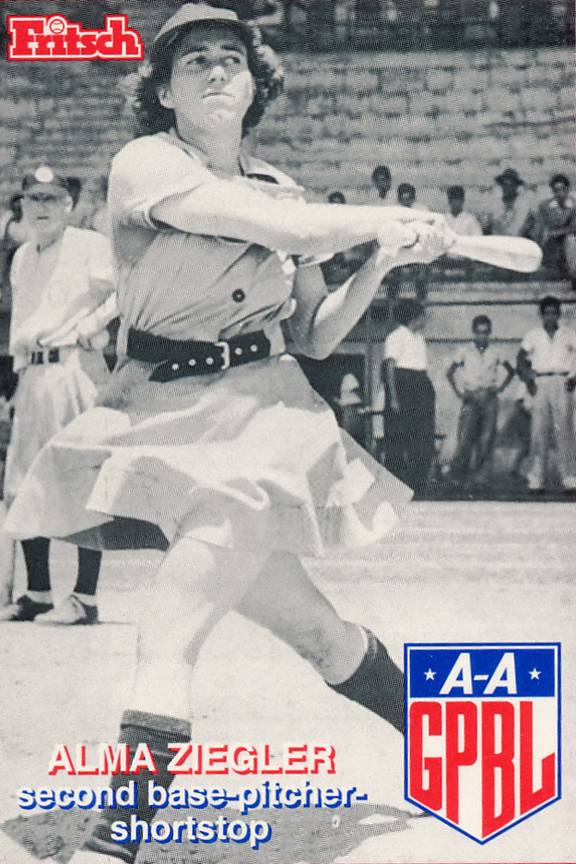 "Ziggy" as some called her, was one of those rare people you meet who you never forget. Only 5' 3" tall in stature, she stood 10 feet tall in personality, integrity, and spirit.

Ziggy played for only one team in the league, her beloved Chicks, from their beginning as the Milwaukee Chicks in 1944 and moved to Grand Rapids in 1945.  There they remained until the league folded at the end of the 1954 season. She played in 1,154 games and stood at the plate facing almost every pitcher in the league with 3,621 turns at bat.

Always laughing and smiling, Ziggy was an inspiration to the veterans and the rookies on the team. She had a good word and a happy face for everyone she met and was a favorite with all her teammates and opponents. Whether she was playing shortstop, second, or pitching, she was always a sure glove on the field, fast on her feet, and in control on and off the field.

Ziggy had a fall in Nov. 2004 at her home in Los Osos, California and broke her pelvis bone in two places. After that, she had a couple of strokes, and then it was all down hill. She became very frail, then the Lord took her home.

We all miss our beloved "Ziggy."