Arthur Meyerhoff began his career as Wrigley's top advertising agent in 1932. He purchased league assets from Wrigley at the end of the 1944 season. 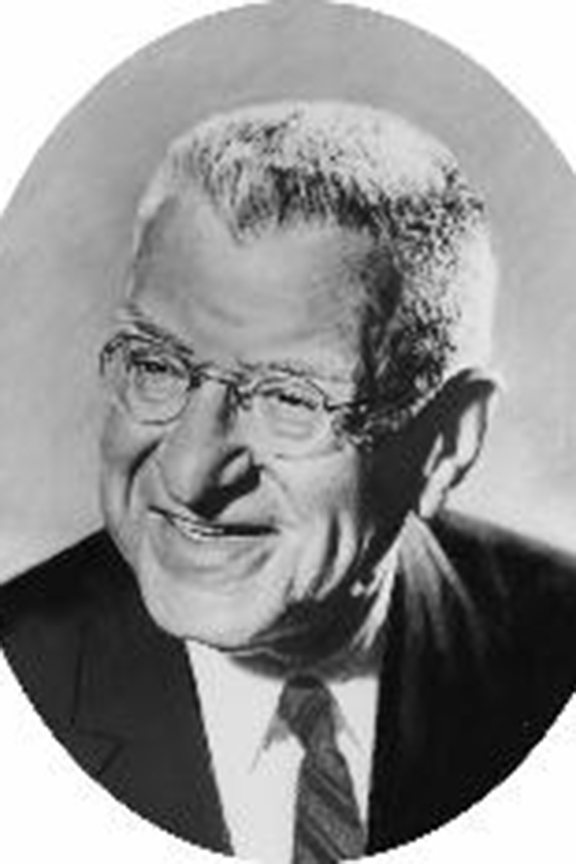 Arthur Meyerhoff began his career as Wrigley's top advertising agent in 1932. He purchased league assets from Wrigley at the end of the 1944 season.

By Arthur Meyerhoff began his career as Wrigley's top advertising agent in 1932. He purchased league assets from Wrigley at the end of the 1944 season.

Arthur E. Meyerhoff Sr., born in 1895, survived childhood in a wretched Chicago neighborhood known as “back of the yards.”   At 13 he became a traveling salesman and from there his intelligence and creativity led him in many directions.  “A love of farming led him to develop a company called Myzon” and to experiment with  “antibiotic food supplements for livestock and poultry.”  An interest in Saddlebred horses led to “a line of horse care products, including horse treats, first baked in the Meyerhoff  Kitchen.”  One of his annual fall concoctions, to be called ‘Tom and Dill’ became “the centerpiece for a company called Missouri Hickory.”  He was responsible for the success of Pam Cooking Spray, and he invented a canvas “Chill Shelter” to place over pool stairs when he climbed out of the pool.  “The bedtime stories that he told his children became a book called Ferlybutt,” and “his intense interest in world affairs [also] led to a book, The Strategy of Persuasion.”  At 80 years of age he began taking flying lessons.  He had a curiosity about things and a zest for life that enabled him to pursue his ideas to a workable, and often profitable end.

Arthur Meyerhoff’s innate curiosity and inventiveness were balanced by a caring nature and a willingness to help.  When he became a prestigious advertiser, he didn’t divorce himself from his humble beginnings, but always “had a special place in his heart for children from disadvantaged neighborhoods. . . .  [He] always had time to lend a hand and left a legacy of caring and sharing.”   In the fall/winter of 1946, for instance, Meyerhoff invited a contingent of southern California AAGBBL players to attend the Men’s Major League Baseball Meetings on Catalina Island with all expenses paid.  During this excursion, Meyerhoff learned that Thelma “Tiby” Eisen had sustained a seriously broken leg near the end of the season and couldn’t return to her off-season job for an extended period.  He took it upon himself to pay her a weekly salary until she was able to return to her regular job.  He also offered her a job in his office during the off-season, but she preferred to remain in California.  However, in her mind, “He was a good soul, that guy.”

Carolyn Morris, a pitcher from 1944-1946, was another player who benefited from Meyerhoff’s largesse.  Carolyn had some tumor-like growths on the back of her neck that bothered her.  According to Dorothy “Snookie” Doyle, when the players returned for spring training in 1945, Carolyn revealed that the growths had been removed.  Carolyn testified that Meyerhoff had arranged and paid for the surgery.    As Snookie remarked, “That’s just the kind of man he was.  I really thought the world of him.  I think all of us that really knew him did.”   Meyerhoff’s caring and generosity also became evident later in his administration of the 1949-1950 rookie tours.

In 1932, Meyerhoff embarked on a 60 year relationship with the Wrigley Company.  [His] “novel approach of advertising gum on the comic pages was the beginning of Arthur Meyerhoff Associates (to become BBDO Chicago in 1979).  This association led to one of the most memorable advertising campaigns of this century, “Double your Pleasure, Double your Fun” and the Doublemint Twins.  Arthur helped create the Girls’ Baseball League during World War II and was the inspiration for a character [Ira Lowenstein] in the motion picture, A League of Their Own.[1]

Being a creative person of high intelligence and incessant activity, Meyerhoff experimented with and expanded the AAGPBL as he did his other ventures.  Not surprisingly, his management of the league was characterized by numerous changes in ball size, field dimensions, pitching styles, growth of the league from six to ten teams, and proposals for the development of AAGPBL affiliated leagues in other sections of the United States and even in other countries.

Meyerhoff’s willingness to experiment, coupled with the presence of baseball men such as Max Carey in administrative and management positions, made it inevitable that the AAGPBL would transform from a softball league in 1943 to a baseball league in 1948.  This of course was contingent on the players’ ability to adapt to equipment, facility, and pitching modifications.  However, without Meyerhoff’s leadership in promoting game changes, there may never have been a women’s professional league that played baseball rather than softball.

From The Origins and History of the All-American Girls Professional Baseball League © 2011 [2006] Merrie A. Fidler by permission of McFarland & Company, Inc., Box 611, Jefferson NC 28640. www.mcfarlandpub.com.

Memorial services for Arthur E. Meyerhoff, 91, of Rancho Santa Fe, an advertising executive, entrepreneur and author, were today in Village Presbyterian Church in Rancho Santa Fe. Private inurnment in El Camino Memorial Park was planned. He died Friday in his home. Mr. Meyerhoff, a native of Chicago, lived in the county 22 years years. An advertising and marketing pioneer, he was the founder and chairman of BBDO Chicago, successor to the agency that bore his name for more than 50 years and was closely associated with its largest account, the Wm. Wrigley Jr. Co.

In 1951, Mr. Meyerhoff founded Myzon Inc. to produce and market the first antibiotic feed supplements for livestock and poultry. Later, he founded Gibraltar Industries, creator of PAM cooking spray. Mr. Meyerhoff owned the J.M. Training Stables at Ranchito Alegre in Rancho Santa Fe and was an American saddlebred enthusiast for more than three decades. He was also a founding director and honorary lifetime member of the National Show Horse Registry.

He was a member of the Rancho Santa Fe Garden Club and the Fairbanks Rancho Country Club and, for more than 30 years, served as a director of the Santa Catalina Island Co. and the Chicago Cubs. He was a former commissioner of the All American Girls Professional Baseball League and served on the advisory board of Los Angeles radio station KBIG-KBRT and the board of the Chicago Juvenile Protection Association.

Beneficiaries of Mr. Meyerhoff's philanthropy included UCSD Medical Center, Scripps Memorial Hospitals in La Jolla and Encinitas, the Salk Institute and the University of California at Davis, as well as programs for child-abuse prevention, veterinary medicine and wildlife preservation.

His book "The Strategy of Persuasion," published in 1965, suggested that the United States use its advertising talents to sell democracy abroad. He received the George Washington Honor Medal of the Freedoms Foundation in 1967 for his proposal.
During World War I, he served in the Army in France. During World War II, he worked closely with military and government officials in developing radio programs.