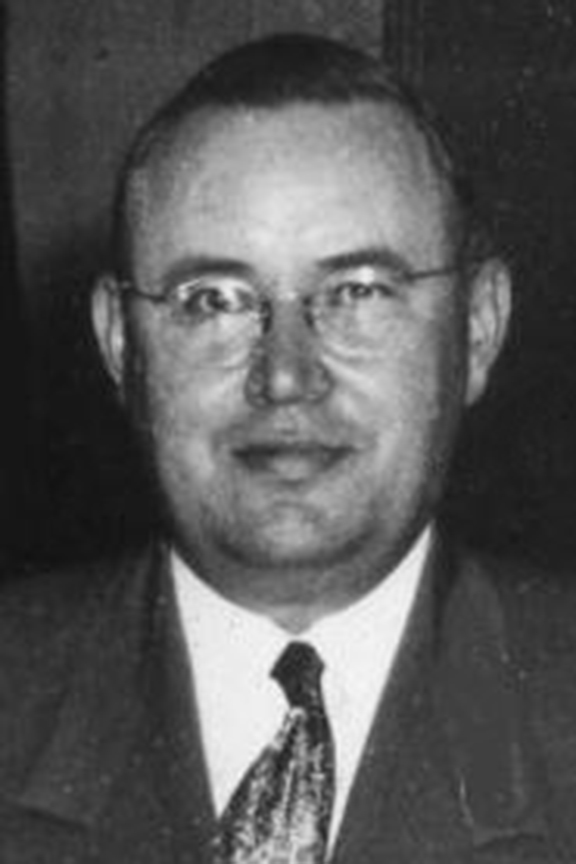 Earle E. McCammon, league representative from Kalamazoo, was hired by the board to assume league administrative duties at considerable savings in 1952.   McCammon enlisted his wife’s clerical assistance and after the 1952 season, his title was changed to Commissioner and General Manager.   He served in that capacity through the 1954 season.

Commissioner McCammon was distinguished as the originator and head of Kalamazoo’s Economy Homes, Inc.  He, like most other team presidents, was a sports enthusiast as well as a successful businessman.  His enthusiasm for sports began in his youth, evidenced by his record for playing intercollegiate football, basketball, and baseball at Illinois State Normal School in Bloomington.   McCammon’s first involvement with sports promotion began with his purchase of Kalamazoo’s Lucky Strike Bowling Alley, which he later sold to start Economy Homes, Inc.  McCammon continued supporting sports participation through Economy Homes which sponsored softball, bowling, and basketball teams.  When Kalamazoo was considered for an AAGBBL franchise in 1950, McCammon emerged as the primary supporter for the project.

McCammon not only spent days and days in putting over the deal but he made trips to most other league cities and to league meetings in Chicago to see that Kalamazoo’s interests were protected and given a sound squad that could hold its own in league play.

From The Origins and History of the All-American Girls Professional Baseball League © 2011 [2006] Merrie A. Fidler by permission of McFarland & Company, Inc., Box 611, Jefferson NC 28640. www.mcfarlandpub.com.