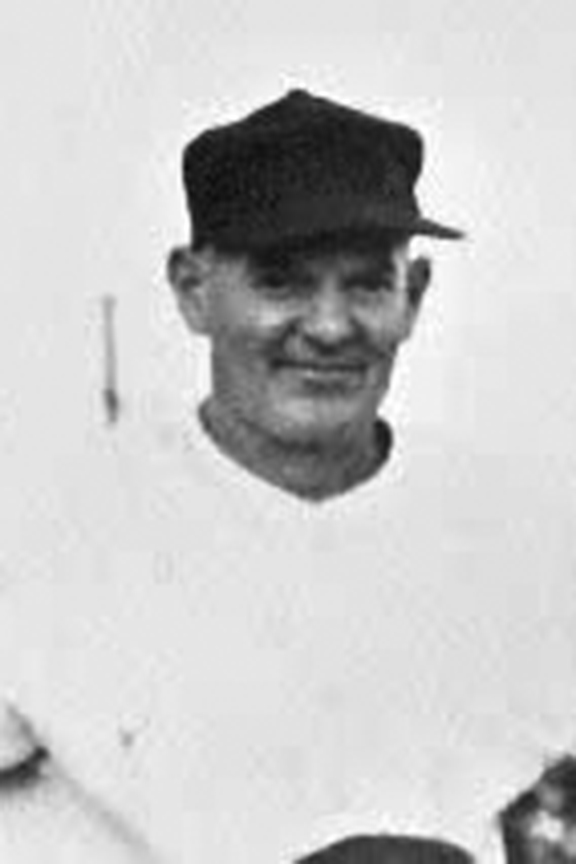 On June 6, 1937, Woody English of the Brooklyn Dodgers and the Chicago Cubs takes advantage of one of baseball’s most difficult promotional opportunities. English wins a free suit of clothes when he hits the famous “Abe Stark” clothing advertisement sign, located just below the scoreboard at Ebbets Field. The company had promised to give any player a free suit if his home run hit the sign on the fly.  (Courtesy of the Baseball Hall of Fame.)

Elwood "Woody" English, 90, who played on the first All-Star baseball team and two World Series with the Cubs, died Sept. 26, 1997 in a Newark, Ohio, Nursing Home.

English, an infielder, played with the Cubs from 1927 to 1937. He was captain of the team for six years and was once tossed out of a World Series game and fined $200 for disagreeing with an umpire. He was a member of the original National League All-Star team in 1933. And he played in the World Series with the Cubs in 1929 and 1932.

His best season was 1930, when he hit 14 home runs, 17 triples and 36 doubles. His batting average was .335. He was traded to the Brooklyn Dodgers. He retired from professional baseball in 1939.

During the early 1950's, he managed the Grand Rapids Chicks, a women's team in the All-American Baseball League. He then moved back to Newark, Ohio, the city where he had attended high school and where there now is a street named after him.

He worked for the State Farm Insurance Co. as a night supervisor and retired in 1971. His health began to fail Thursday afternoon and he was taken to the nursing home. He died Friday morning. "He was well-known in the community," said Cindy Ringhiser, a licensed practical nurse at the Arlington Nursing Home. "All the residents said `Oh yes, I knew him.' Everyone thought a lot of him. He was pleasant to the end."