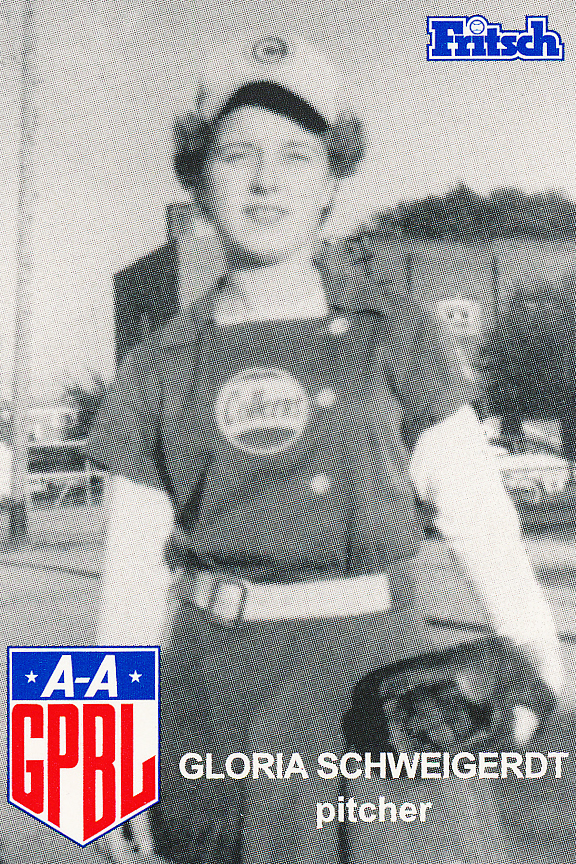 Gloria "Tippy" Schweigerdt: Former pro pitcher in women's league dies. Not many young men learn how to throw a curveball from their moms.

But that's exactly what Gloria "Tippy" Schweigerdt did with her son, Gordon. Schweigerdt had some experience on the mound -- she pitched in the All-American Girls Professional Baseball League in the early 1950s. And when it came time for father-son Little League games, Gloria Schweigerdt took the field with Gordon, too.

"She would outplay most of the fathers," he recalled proudly.

Born in Chicago, Schweigerdt played ball in the professional circuit made famous in the film "A League of Their Own" from 1950 to 1952. She was 16 when she joined the league.

A right-handed hurler, she pitched for the Chicago Colleens, the Grand Rapids Chicks and the Battle Creek Belles. She compiled a 22-25 record and notched 69 strikeouts in 60 appearances, according to her player profile at the league's official website, aagpbl.org.

Schweigerdt's name appears in an exhibit honoring the women at the National Baseball Hall of Fame and Museum in Cooperstown, New York.
After leaving baseball, Schweigerdt worked as a meat cutter at Dominick's Finer Foods in Arlington Heights. She later worked for Best Medical Practices in Long Grove.

She attended a few AAGPBL reunions through the years.

"A League of Their Own" was a hit when it was released in 1992. It brought Schweigerdt and other former players some attention.
"That's when people realized it was not some kind of softball league," Gordon Schweigerdt said.

Schweigerdt and other members of the league were even honored by the Chicago White Sox at U.S. Cellular Field.
"It was pretty impressive," Gordon Schweigerdt recalled.

In addition to her son, Schweigerdt's survivors include a daughter, a granddaughter, two great-grandchildren and two siblings.

Memorials may be given to Advocate Hospice at advocatehealth.com/hospice.Daily Herald (Arlington Heights, IL) - Saturday, July 12,