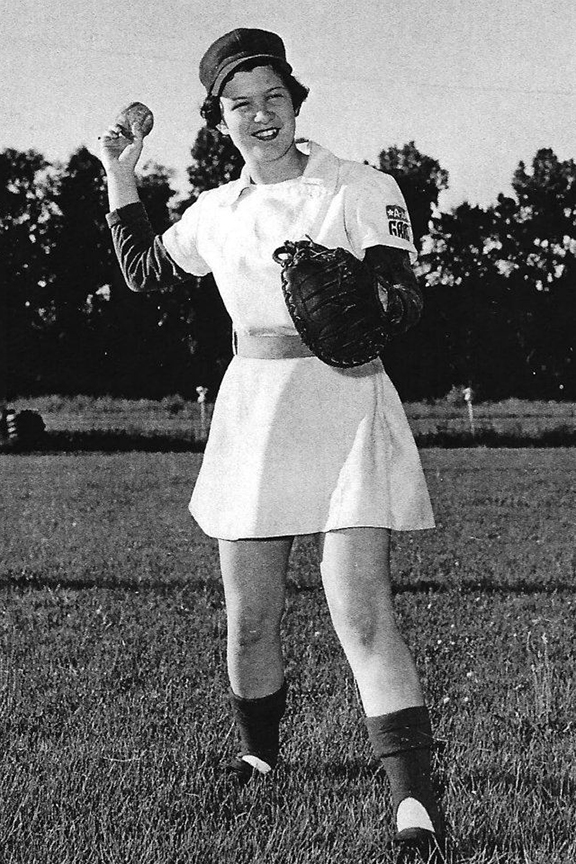 Hear about Lois's experience in her own words through the Grand Valley State Oral history project.

Lois joined the Fort Wayne Daisies in 1951 as a 17 year old catcher from LeRoy, Ohio (aka Westfield Center).  In August of that year Hall of Fame manager Max Carey loaned Lois to the Kenosha Comets, a traveling team at that time, where she completed the season.  Back with the Daisies in 1952 Lois was managed by the Hall of Fame slugger Jimmie Foxx.  In 1953 Lois was traded to the South Bend Blue Sox. The highlight of that year was catching Jean Faut’s  perfect game as South Bend defeated the Kalamazoo Lassies 4 - 0 on September 3, 1953.  In 1954 Lois was traded back to the Fort Wayne Daisies where she played left field for manager Bill Allington. It was during the middle of  this year that the League switched to the regulation nine inch baseball.  Due to an injury to South Bend's catcher, Lois was loaned to the Blue Sox for the last few weeks of 1954.  She finished the year, the last year of League, with a .284 batting average.  Lois earned her Ph.D. in 1971 and retired from the University of Oregon as Director of Physical Activity and Recreation

Lois has the "Lois Youngen Ball Field" named for her at Bethel Park in West Eugene, OR