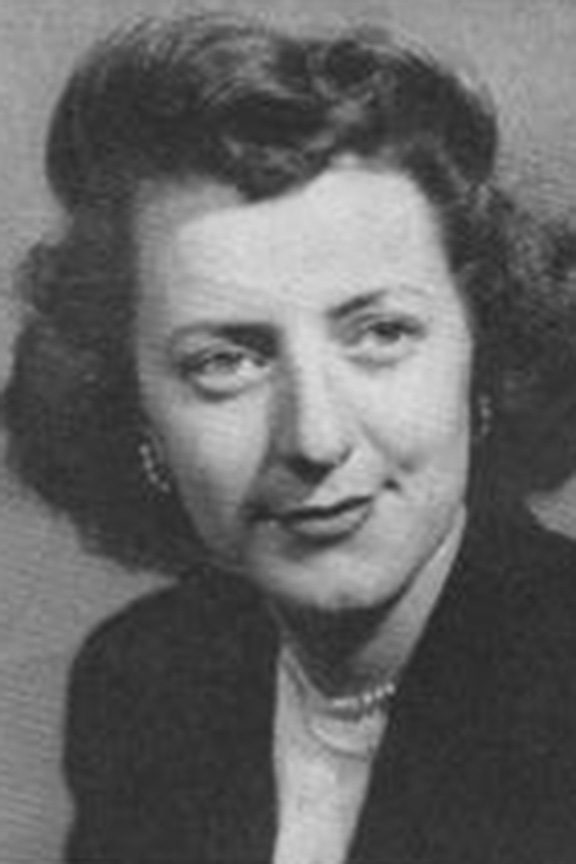 After graduation from college in 1946, Marian headed to Port Jervis, New York for a teaching job.  Port Jervis became her hometown and she weaved herself into the fabric of small town life until she became an integral part of the city, its organizations, and its people--so  much so that she was named the Tri-State Gazette's Citizen of the Year in 1994, the year she suddenly passed away.

In 1947, shortly after starting her teaching career in the high school as a gym teacher, she applied for a sabbatical to join the ground-breaking All-American Girls Professional Baseball League.  She joined the Fort Wayne (IN) Daisies as a chaperone during the league's spring training venture in Havana, Cuba that year.  The Daisies and the seven other league teams were the inspiration for, and the basis of the movie, "A League of Their Own."

As advisor-mother-nurse and friend to the various members of the Daisies, the chaperone's job was no picnic.  Her many assignments were innumerable and unending--sore backs, cuts and bruises to heal, uniforms to clean and mend, hotel rooms to check, meal money to issue, noses to count before trips--those were just a few of the tasks which confronted "Stancy" each day.

After returning to Port Jervis in the fall of 1947, Marian married Stanley D. Cooper of that city and settled back into teaching and married life.  Marian and her husband owned and operated Cooper's Dairy.  In addition to her teaching career expanding to include Health, which spanned 30 years, and owning a business, she became very involved in numerous charities and organizations.

She was Auxiliary Board President for St. Francis Hospital (now Bon Secours) for many years, and she also served on the advisory board.  Marian Cooper was vice-president of the Port Jervis Depot Preservation Society, working to restore the railroad depot where she first arrived in town so many years prior.  She was involved in the Minisink Valley Historical Society, Middle School PTA, Civil Service Commission, the Port Jervis Planning Board, and the Port Jervis School Board.  Marian was an ambitious fundraiser for charities as well, including the Red Cross, the American Heart Association, and the American Cancer Society.  During her almost 50 years in Port Jervis, Marian worked to preserve the heritage of her adopted hometown, as well as plan for the future.

Though she worked tirelessly for many causes, she still made plenty of time for her family, friends, and her students.  Her plate was always full yet she managed to pull it off with a unique panache, a lot of laughs, and an uncompormised zest for living life to its fullest.