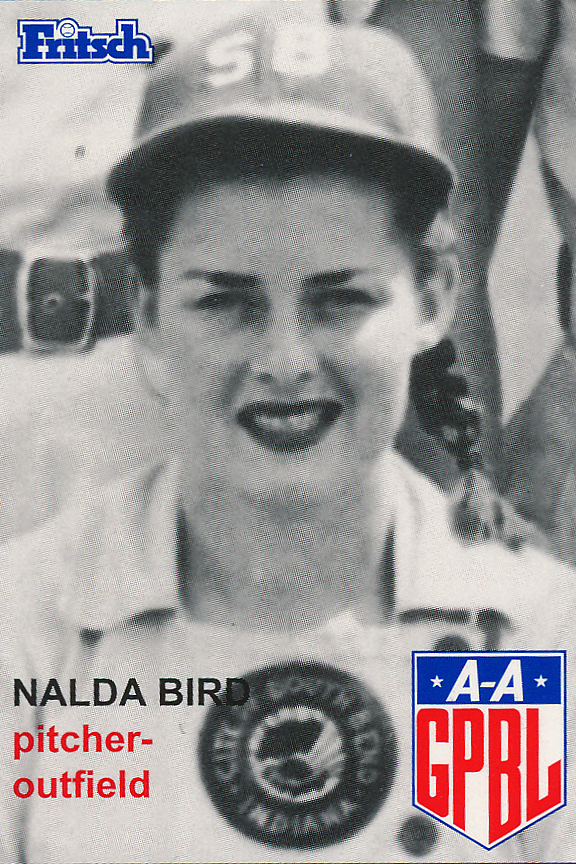 Nalda pitched underhand and achieved the rare feat of pitching complete game shutouts in both games of a doubleheader. She is listed in the BASEBALL RECORD BOOKS as one of three American Professional pitchers to hurl TWO shutouts in a doubleheader. In 1947 she pitched in the National Girls Baseball League in Chicago because the AAGPBL instituted side-arm pitching that year and overhand pitching in 1948.

She was the co-author of the league's Victory Song with Lavonne "Pepper" Paire Davis.

Nalda Bird Phillips was born February 11, 1927 in Hawthorne, California, and passed away September 15, 2004 in Kennesaw, Georgia.  She was buried in Westminster Memorial Park, Westminster, California.

Nalda was the daughter of James Henry Bird, Sr. and Donalda Quesnel Bird.  She played for the All-American Girls Professional Baseball League in 1945 for the South Bend Blue Sox.  She is listed on their web site.  She was also the co-author of the League's Victory Song.