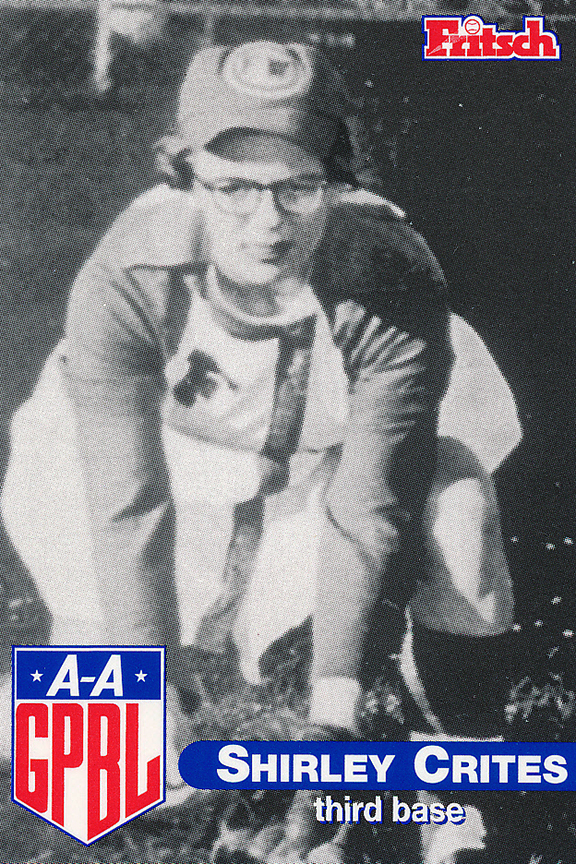 Shirley was a rookie with the Daisies and she played third and short. She brought a hefty batting average with her from her Kentucky state softball team. Her hobbies included building and flying model planes and building ships in bottles.

Shirley L. Crites was an infielder who played in the All-American Girls Professional Baseball League during the 1953 season. Crites batted and threw right-handed.  She was born in Cape Girardeau, Missouri.

"Squirrely," as her teammates nicknamed her, played briefly for the 1953 pennant-winning Fort Wayne Daisies.  She hit a .129 average in 47 games, appearing mainly at third base as a backup to incumbent Catherine Horstman, which gave manager Bill Allington the chance to use Horstman more as a pitcher.

Fort Wayne clinched the title with a 66-39 record, 4 1/2 games ahead of the Grand Rapids Chicks, but lost to the Kalamazoo Lassies in the first playoff round series.  Crites went 0-3 in a playoff game.

Crites is part of Women in Baseball, a permanent display based at the Baseball Hall of Fame and Museum in Cooperstown, New York, which was unveiled in 1988 to honor the entire All-American Girls Professional Baseball League.