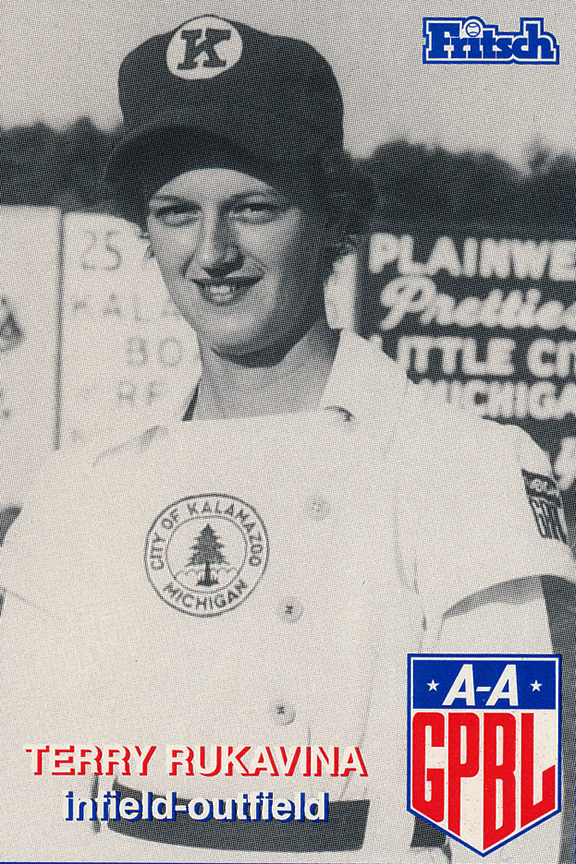 Theresa Rukavina resided in Middletown, OH.  Aged 79, Theresa passed away on Tuesday, May 18, 2010 at Spring Hills of Middletown.  She was born on May 14, 1931, in Middletown, to the late George and Rose Rukavina.

Prior to joining Armco Steel (AK Steel) she played on two women's professional baseball teams, the Chicago Colleens and the Kalamazoo Lassies, which were enshrined in the Baseball Hall of Fame in Cooperstown, NY in 1988.  She also played in the LPGA at Kings Island with Jane Blalocke in the 1979 ProAm and was later inducted into the Butler County Softball Hall of Fame.

She was preceded in death by sisters Rose Catherine Rukavina, Mary Ann Johnson, Ruth Knox, and brothers John, Jacob, Michael, Joseph and Matthew.  She is survived by sisters Margaret Rukavina and Barbara Garber, and many nieces and nephews and great-nieces and nephews.

The family would like to extend a special thanks to the nurses and staff of Vitas Hospice and the caregivers and staff of Spring Hills Middletown for their loving care of Theresa.  Funeral Service will be held Saturday, May 22, 2010 at 11:00 AM at Wilson-Schramm-Spaulding Funeral Home, 3805 Roosevelt Blvd., Middletown, with Father John Civille officiating. Visitation will be one hour prior to service from 10:00 – 11:00 AM at the funeral home. Internment will be at Woodside Cemetery. In lieu of flowers, donations may be made to Vitas Hospice Care, 11500 Northlake Dr, Suite 400, Cincinnati, OH, 45249.