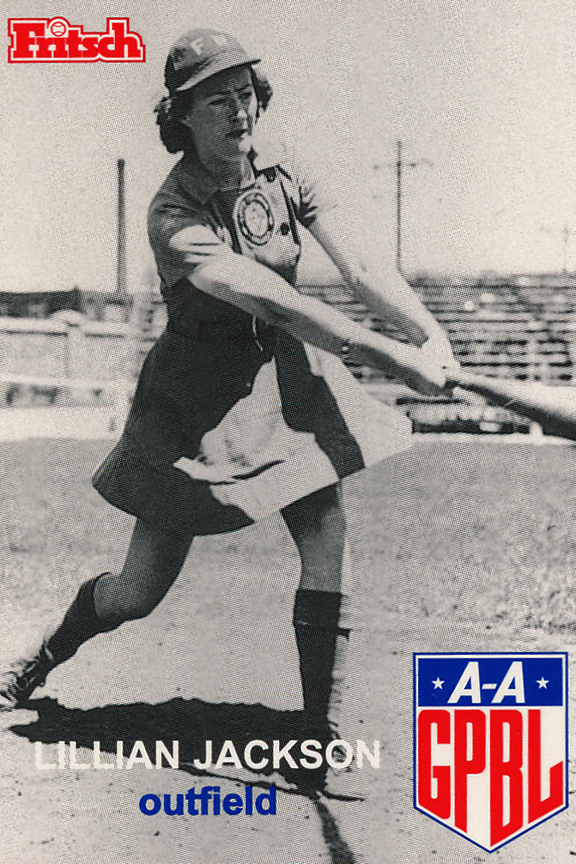 "Bird dog" was one of the first players to sign for the 1943 Rockford Peaches. She has no statistics for that year, but to her credit, she.managed to attain a .220 batting average over her last 2 years in the league with 47 runs scored, on 59 hits and 31 RBI's.

In her final game in Ft Wayne, she recalled running to catch the final fly ball to save the game, falling in the bleachers and splitting her upper lip. She caught the ball, and Ft Wayne won the game.

Lillian, born in Nashville, Tennessee, was a 14 year resident of Green Valley, AZ.  As one of the original members of the All-American Girls Professional Baseball League from 1943 to 1945, she played outfield for the Rockford Peaches, Minneapolis Millerettes, and the Fort Wayne Daisies.  After her career in the AAGPBL, she played professional softball for several years.

Once her playing days were over, she worked for the Sunbeam Corporation in Chicago, Illinois for over 30 years. Lillian acted as an advisor on the making of the hit 1992 movie, “A League of Their Own” which told the story of the remarkable women who comprised and played professional baseball in the league. She often made appearances at various functions:  throwing out the first pitch at the Tucson Toros games, speaking to grammar school children, or addressing organizations and clubs. She did so with charm and candor.

She is survived by a sister, nieces, nephews, and her closest friend, Ruth.

A memorial service celebrating Lillian’s life was held at Desert Hills Lutheran Church on Tuesday, January 6, 2004. Donations to a charity of choice was requested.