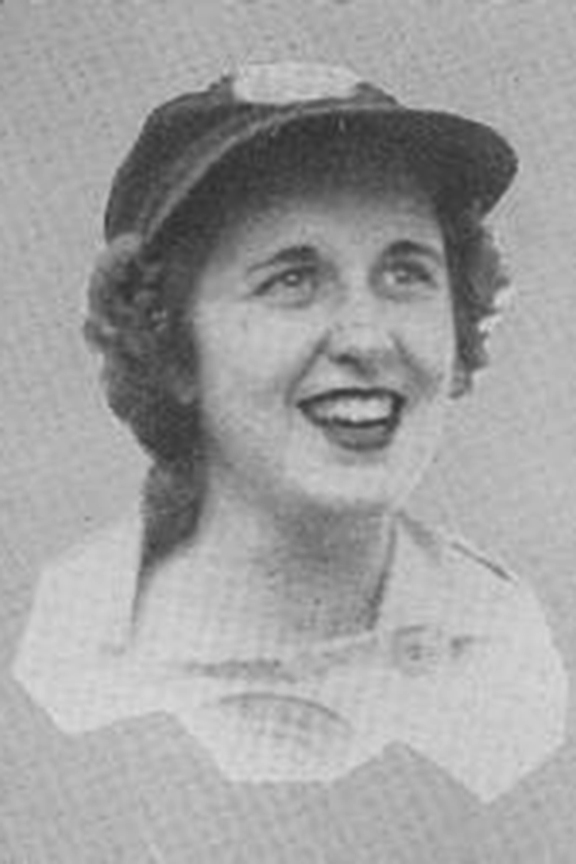 Marnie was a local girl that made good with her hometown team the Belles. She played first base and was a light hitter for the Racine. Before joining the league she played on two state championship teams in 1936 and in 1937. She also induled in basketball, golf and bowling. In the off-season she was employed by the Western Printing and Lithographing Company.

Mrs. Brown was employed with Western Publishing Co. since 1949. She was a member of St. Joseph’s Catholic Church. She formerly played first base for the Racine Belles Professional Baseball Team.

Surviving are her husband, two sisters and brothers-in-law, a brother and sister-in-law, three brothers/sisters-in-law, nieces, nephews, and friends. She was preceded in death by her parents, two sisters, and a brother.