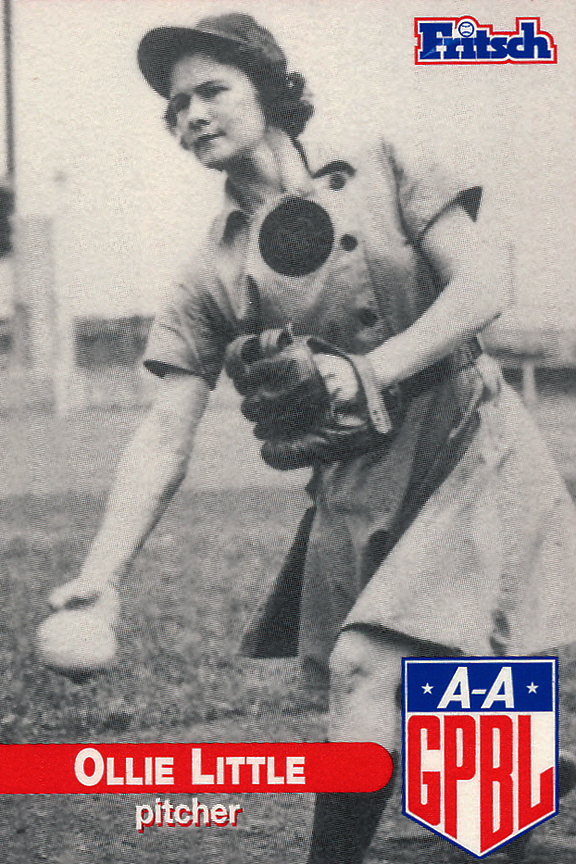 Olive's playing career started when her father organized a girl's softball club. Later she played on a team that won a provincial title. This was followed by a team from Moose Jaw and that was the stepping stone to the AAGPBL and the Rockford Peaches. Olive has the "Olive Little Memorial Award" given to the Manitoba Softball Association's top female player.

After teaching school in Poplar Point until 1943, she turned professional with the Rockford Peaches of the All-American Girls Baseball League.  During her career with the Peaches, Little was selected to the All-Star team that played in Wrigley Field in Chicago in 1943.

In 1983, Little was inducted into the Canadian Softball Hall of Fame and in 1985 into the Manitoba Sports Hall of Fame.

She was buried in St. Anne’s Anglican church yard and cemetery in Poplar Point.