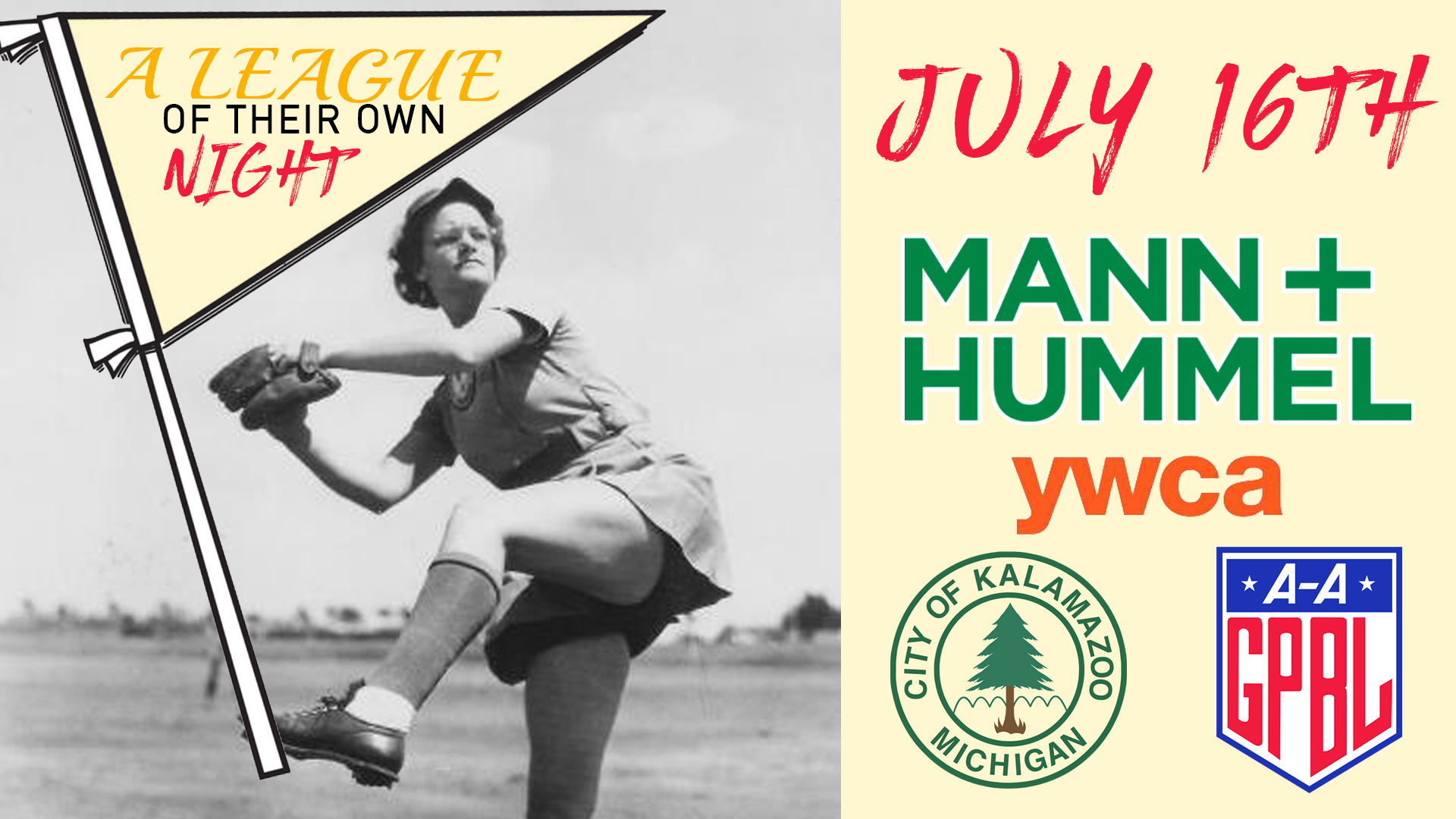 Unfortunately, time machines don’t exist (yet). But, the Growlers have the closest thing to stepping into one, traveling back to the 1950s, and seeing a vintage, classic baseball game.

It’s not about the MLB, MiLB, collegiate baseball, etc. It’s about one of the most underrated, yet historically important, leagues in baseball history: The All-American Girls Professional Baseball League (AAGPBL).

You might recognize them from the quote, “THERE’S NO CRYING IN BASEBALL” from the 1992 movie, A League of Their Own. In this 1992 film, audiences had a chance to see a fictional glimpse of what the

Now... The Growlers are taking one game out of the 2021 season and having a throwback of their own to honor this legendary women’s league. A League of Their Own night will take place on Friday, July 16th at Homer-Stryker Field. The Growlers will rest their usual home jerseys and wear special Kalamazoo Lassie’s jerseys. After the game is played, the jerseys will be auctioned off to fans interested in owning a remake of the classic Lassie’s jersey.

THE KALAMAZOO LASSIES – An AAGPBL team that ran from 1950-1954, including a championship victory in the 1954 season. The Growlers will be honoring this incredible group of women by renaming the Kalamazoo Growlers to the “Kalamazoo Lassies” on Friday, July 16th. AAGPBL board member Carol Sheldon said, “The Lassies were such an important part in women’s sport history. They were part of the first ever professional women’s team sport. The players didn’t realize the impact their story would have on the evolution of women’s sports. They broke the glass ceiling not only for sports but opening the door for women in the workplace.” Sheldon also shared her gratitude for the women of the AAGPBL. “Thank you for paving the way for the future women athletes! I might not have had the chance to be an athlete at [Western Michigan University] without you blazing the trail.”

On a night dedicated to women’s empowerment, the Growlers will help raise money for YWCA Kalamazoo. Dr. Grace Lubwama, Chief Executive Officer of the YWCA Kalamazoo shared her excitement for the night. “YWCA Kalamazoo is excited to have been asked by the Kalamazoo Growlers to be their non-profit of the night, in celebration of their Women’s Empowerment Event. This event is aligned with our mission to empower women while acknowledging the hard work of our dedicated staff.” The YWCA is a Kalamazoo based non-profit that’s focused on “eliminating racism, empowering women.”
Additionally, the Growlers are partnering with MANN+HUMMEL on A League of Their Own night, as they have also made it a mission to empower women in the community. “To be an employer of choice, MANN+HUMMEL respects and recognizes the importance of diversity, equality and the critical role that women play in our workforce and in our success. We’re very proud to be a sponsor of the Kalamazoo Lassies, as together, we embrace the contributions that women make to excel in our industry, our sports and our communities,” said Jack Endres, Vice President Operations OE US.

Come check out the Kalamazoo Lassies – on Friday, July 16th as the Growlers honor these historic women.

Interested in tickets to the game? Join the Priority List here to get the first opportunity to buy when they go on sale.