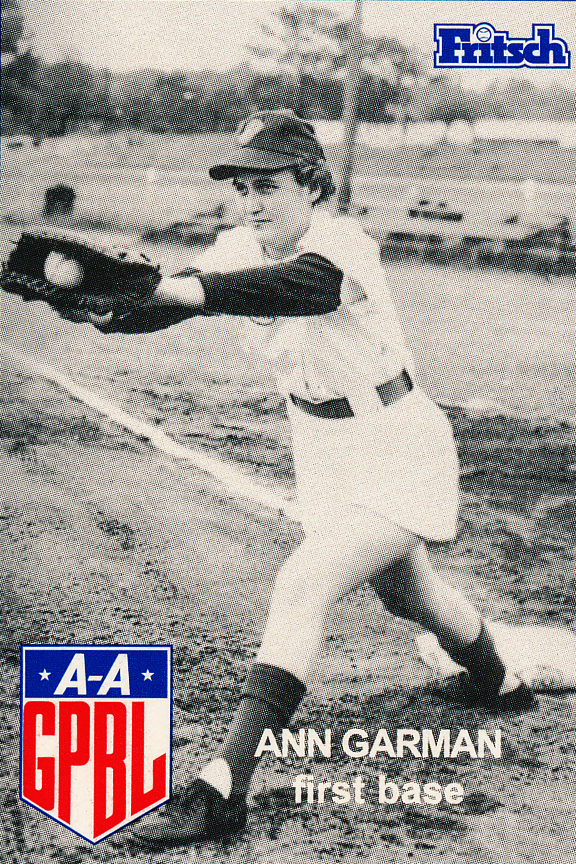 Ann Garman Hosted, a former All-American Girls Professional Baseball League player, passed away at the age of 89 on September 25, 2022.

An above-average defender at first base, Ann had a chance to play in the All-American League before it folded in 1954. She played in 21 games with the South Bend Blue Sox during the 1953 season. She recorded 195 putouts with seven assists and turned in six double plays, while committing only seven errors in 209 total chances for a .967 fielding average. Her hitting was her weak spot as she posted an average of .154 (10-for-65) with seven RBIs and five runs scored while stealing one base.

Ann became a teacher and housewife after baseball. She had three children and was a grandmother of seven. Following her retirement, she moved to Wawaka, Indiana, where she continued to be active in social activities.

On Nov. 5, 1988, a permanent AAGPBL display was opened at the Baseball Hall of Fame and Museum in Cooperstown, New York, that honors those who were part of the All-American Girls Professional Baseball League, and Ann is included in the display/exhibit.

Condolences to her family and friends and may she Rest in Peace.