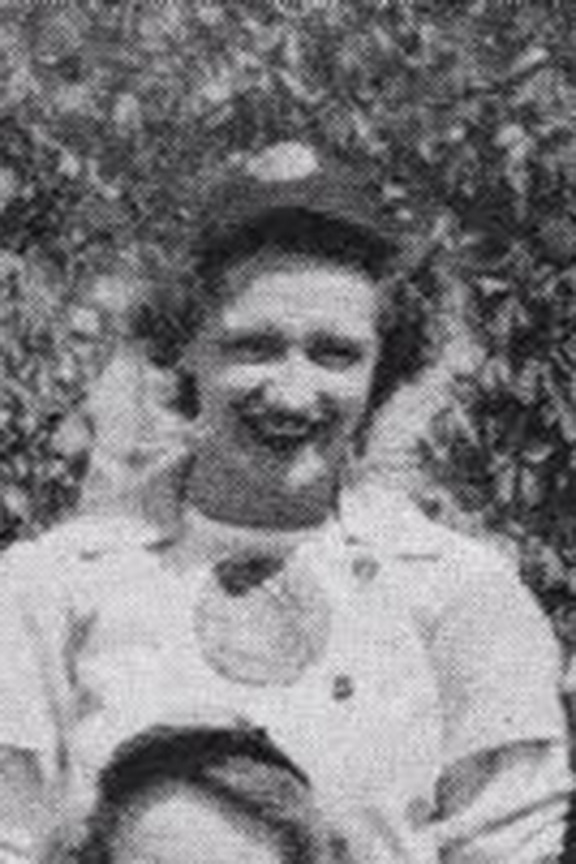 Betty Josephine Russell (10/1/1924–1985) was born to Thomas Jennings & Pearl Nash Russell in Globe, Arizona.  She was an outfielder who played in the All-American Girls Professional Baseball League.  Listed at 5 ft 6 in (1.68 m), 145 lb, Russell batted and threw right-handed.

Betty Russell played for the national championship Arizona Ramblers before joining the league with the Racine Belles during the 1946 season. Russell was recruited by Belle, Joanne Winter, but she saw little action with Racine while playing as a fourth outfielder for all-stars Eleanor Dapkus, Edythe Perlick, and Claire Schillace. She hit a .143 average in 12 games to help Racine clinch the 1946 championship.

Russell played basketball, tennis, and volleyball, but her favorite sports were shooting and rodeo. In the offseason she worked at a cattle ranch. She also played the guitar and harmonica.

Russell died in 1985 in Tonto Basin, Arizona, at the age of 60 and is buried beside her parents in Tonto Basin Cemetery, north of Punkin Center, AZ.

Three years after her death, she became part of Women in Baseball, a permanent display based at the Baseball Hall of Fame and Museum in Cooperstown, New York, which was unveiled to honor the entire All-American Girls Professional Baseball League.

Compiled from Find A Grave Memorial #7236862, Wikipedia, and Baseball Reference.