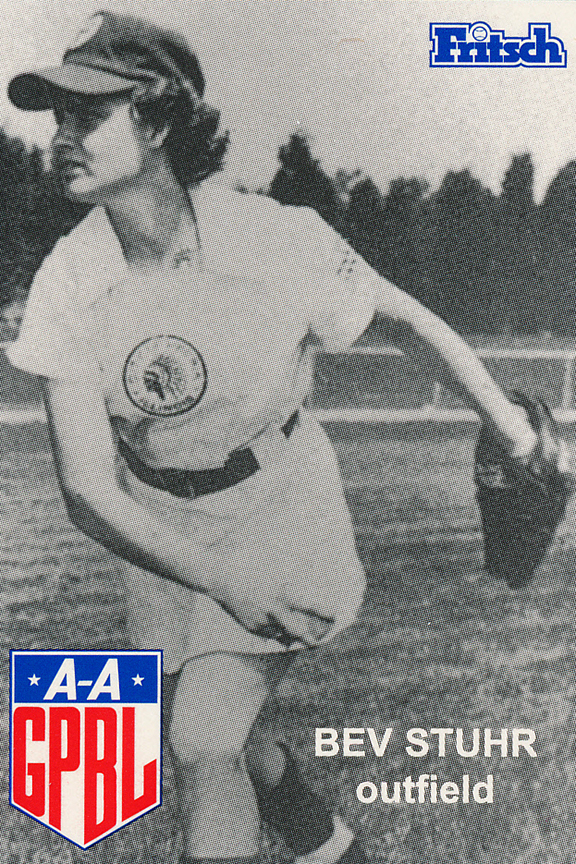 Bev's AAGPBL career started while she was still in high school.  She started out as an outfielder for the Redwings. Bev enjoyed all sports and dancing while she was in the league.

Beverly Stuhr Thompson was born in Rock Island, Illinois on May 5, 1932 to Doris St. Clair and Francis Stuhr.

She attended the Rock Island schools and became interested in sports at an early age. She started playing organized softball when she was 9 years old. Her first AAGPBL game was with the Peoria Redwings in 1949 and she played on other AAGPBL teams. Her career was cut short when she sustained a severe injury. She was so proud of her career in the AAGPBL and attended the opening of the National Baseball Hall of Fame's "Women in Baseball" Exhibit in Cooperstown, New York on November 5, 1988.

She met her future husband Ernest Thompson at the Rockwell Co. He was an engineer and working on the B-1 B planes. They married on June 30, 1968. He died in an auto accident while driving to work on June 4, 1984.

Beverly took care of her mother Doris until her death in 2002.

Fond memories and expressions of sympathy were shared at www.rosehills.com for the Thompson family.