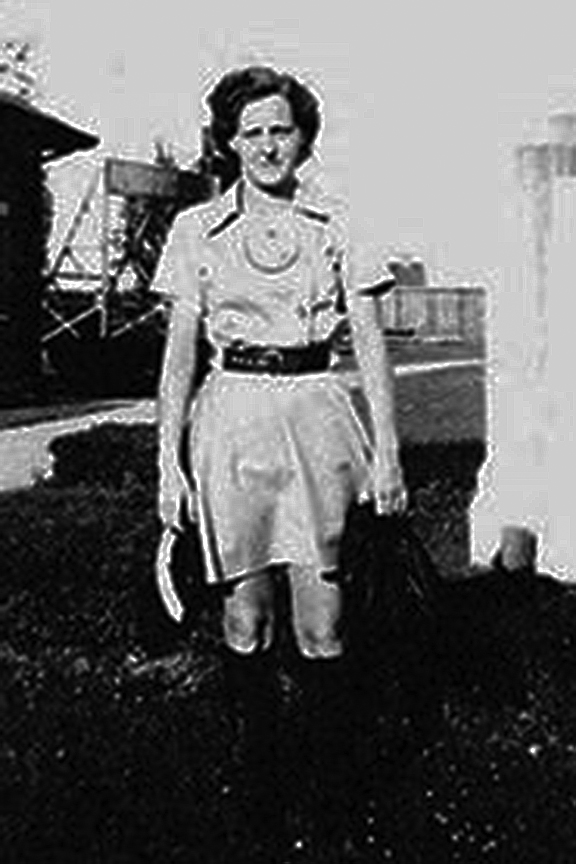 A fastpitch left hander, Clara Cook was one of the sixty original founding members of the All-American Girls Professional Baseball League for its inaugural season in 1943. Cook spent two seasons in the AAGPBL with three different teams, including the championship team in 1944.

Born in Pine City, New York, Clara was the youngest of eleven children in the family of John H. and Clara B. Cook. This is why she was called "Babe" most of the time. She spent her schooling days at Pine City School, but after school she was accustomed to play baseball with her brothers. She later moved with her family to Elmira, New York.

In the early thirties, a Remington Rand employee named Riley saw Clara while she was playing sandlot ball with her brothers and some friends. He found out who she was and went to her home and asked her parents if she could play on the Rand baseball team. At first, her parents asked her if she would like to play baseball for an organized team, and she replied affirmatively. Clara was excited, as she had a great love for playing ball, and only being a 13-year old, she knew this was a great opportunity. Then her parents gave her full permission to play ball, and Mr. Riley agreed to take her to and from the games.

After graduating from Southside High School, Cook went to work at the Remington Rand plant, where she also helped organize friends to play ball for the company. She was spotted by ab AAGPBL scout in one of those friendly matches. He invited her to join the new league, and after a tryout, she signed her official contract to play in the leagues inaugural season.

Cook entered the league in 1943 with the Rockford Peaches, playing for them in part of the season before joining the Kenosha Comets. But she did not have much success on the pitching mound. She posted a composite record of 6–17 in 30 games, allowing more runs (177, 100 earned) than any other pitcher to finish with a 4.42 ERA. A hard worker, she pitched 203 innings for the ninth-best mark in the league.

Cook opened 1944 with Kenosha but was traded to the Milwaukee Chicks during the midseason. That year she was converted into a reliever and pitched better, going 2–2 with a 3.40 ERA in 45 innings of work. She was ready to help the Chicks in the playoffs. Milwaukee defeated the Kenosha Comets in the best-of-seven series, and it took all seven games for the Chicks to be declared the championship team. Cook gave up an unearned run over one inning and did not have a decision.

At the end of the season, Cook returned to Elmira and to Remington Rand. She worked there until 1955, when Sperry Corporation acquired the Elmira's plant and renamed itself Sperry Ran. She then moved to California and worked at an aircraft company until she retired.

After returning home, Cook continued to encourage and organize teams in Elmira. She also helped by coaching young women interested in pitching.

In 1975, Cook was inducted into the Metro-Elmira Sports Hall of Fame. She is also part of Women in Baseball, a permanent display based at the Baseball Hall of Fame and Museum in Cooperstown, New York, which was unveiled in 1988 to honor the entire All-American Girls Professional Baseball League.

Clara Cook died in Elmira, New York, at the age of 75. She is buried in the Webb Mills Cemetery along with her parents.