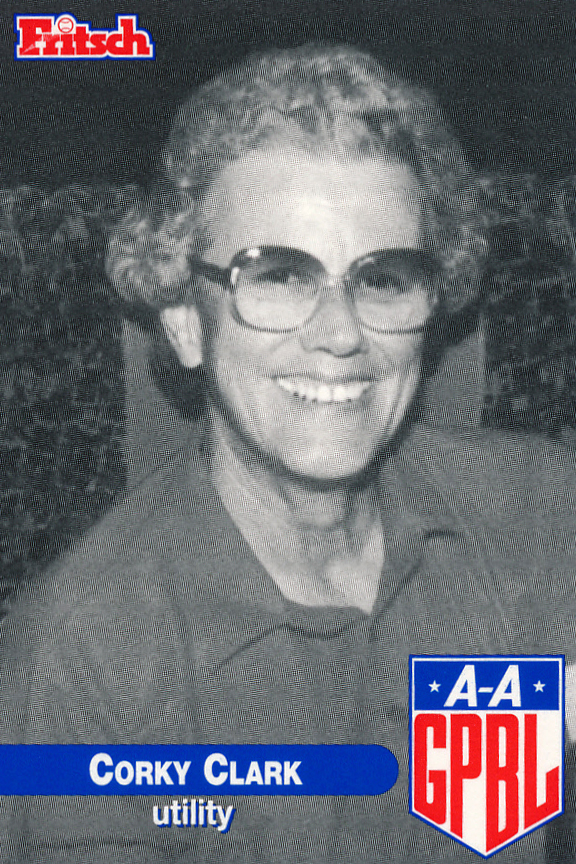 "Corky" joined the Peoria Redwings early in the 1949 season.  She was in the league a short while, then returned to Chicago to play softball.  Corky earned a B.S. degree from Illinois State, an M.S. from Columbia University, and a P.E.D. from Indiana University.

Dr. Clark was chair of the Health, Physical Education, and Recreation Department at the University of Wisconsin-Whitewater, then Associate Dean of the College of Education until her retirement after 20 years of service.

Dr. Clark was inducted into the UW-Whitewater Athletic Hall of Fame in 1991.  In 2003, the University dedicated a permanent display case honoring her year in the All-American Girls Professional Baseball League.

M. Corinne “Corky” Clark, 83, died on Saturday, December 2, 2006.  She was a resident of Albuquerque since 1988 and was preceded in death by her sister, Joan Clark Fowler.

Born on September 28, 1923, in Ottawa, IL, Corky loved life and lived it to its fullest.  She served her country as a member of the WAVES during World War II.  She played baseball in the All-American Girls Professional Baseball League in 1949.  Corky held leadership roles in physical education associations culminating in a faculty position at the University of Wisconsin In Whitewater for 20 years.

A golfer since childhood, Corky was involved in women’s amateur golf in NM since 1988.  The Albuquerque Women’s Golf Championship each year recognizes her contribution with the Corky Clark Cup presentation to the tournament champion.