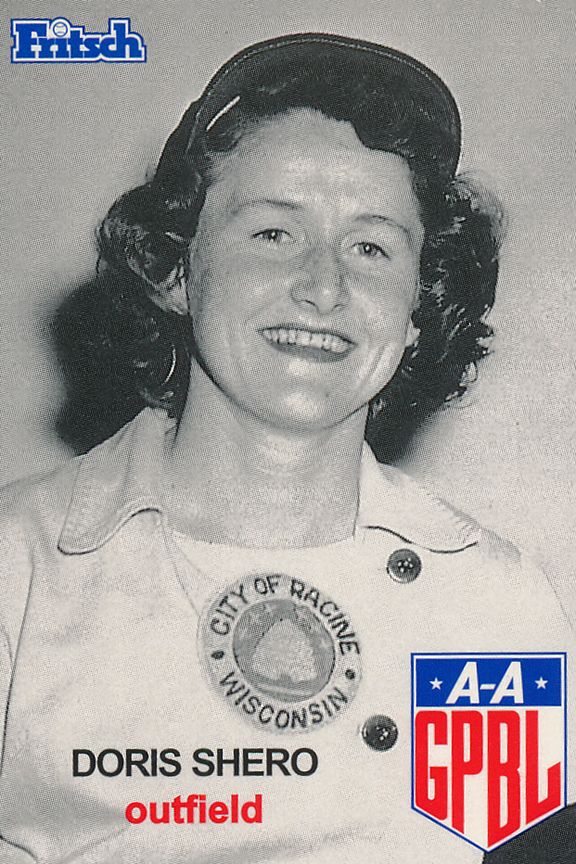 WITIUK, Dora.  It is with heavy hearts that the family of Dora Witiuk, age 84, announces her passing on January 26, 2014. Dora was born in Winnipeg, Manitoba, Canada and was the youngest of eight children born to Alexander and Emilia Shero. She graduated from Isaac Newton High School where she was active in sports, acting and was class secretary. In 1953, she married her high school sweetheart, professional hockey player, Steve Witiuk. They lived with Dora's brother, Fred Shero, in the north end of Winnipeg before relocating to Spokane, Washington in 1962. Dora was a member of the All American Girls Professional Baseball League (AAGPBL). She played for the Racine Belles in Racine, Wisconsin from 1950-1951 and was given the nickname "Baser" for her incredible speed at rounding the bases. She was extremely proud to be inducted into the Cooperstown Baseball Hall of Fame in 1988. During her retirement years, she enjoyed frequent fan mail - always responding with a signed baseball card. Dora was co-founder and Secretary/Treasurer of the successful S&W Electric Inc. for 20 years. She was an integral part of the establishment and growth of this family company. She was also an active member of the Sub-Contractors Association in Spokane. Dora had a natural ability to make friends. She had a quick wit that was second to none and her casual humor made everyone around her feel comfortable. Dora had a strong work ethic and she instilled that trait in her children. She had an ability to tap into her reservoir of persistence and courage that was demonstrated throughout her life as a driving force. Dora had a genuine fondness for people and thoroughly enjoyed sharing her stories and jokes to make others smile. She was a true champion to her family who will be forever grateful for her enthusiasm, guidance and support. Dora is survived by her husband Steve, their four children Debbie Smith (Vern), Tracy Witiuk, Patty Auld (Don), of Spokane, Washington and son Steve Witiuk (Christine) of Winnipeg, Manitoba. She is also survived by nine grandchildren (Jessica, Nathan, Joseph, Timothy, Nichoel, Clayton, Amanda, Matthew and Sarah) and six great-grand- children. Many thanks for the wonderful care Dora received at her home from Horizon Hospice and her family, especially husband Steve and granddaughter Jessica for their faithful care. Viewing will be on January 30, 2014 from 10am to 5pm at Heritage Funeral Home, 508 N. Government Way, Spokane, WA 99224. Memorial service will be held at 2:30pm on Friday, January 31, 2014 at the Sunset Chapel Fairmount Memorial Park W. 5200 Wellesley Spokane, WA 99205. In lieu of flowers, donations may be made in Dora's memory to the Doris Shero Witiuk Softball Scholarship c/o Mead High School, 302 W Hastings Rd. Spokane, WA 99218.