Dorothy Sawyer White was inducted into the Elmira, NY Women's Sports Hall of Fame on Aug. 23, 1979. 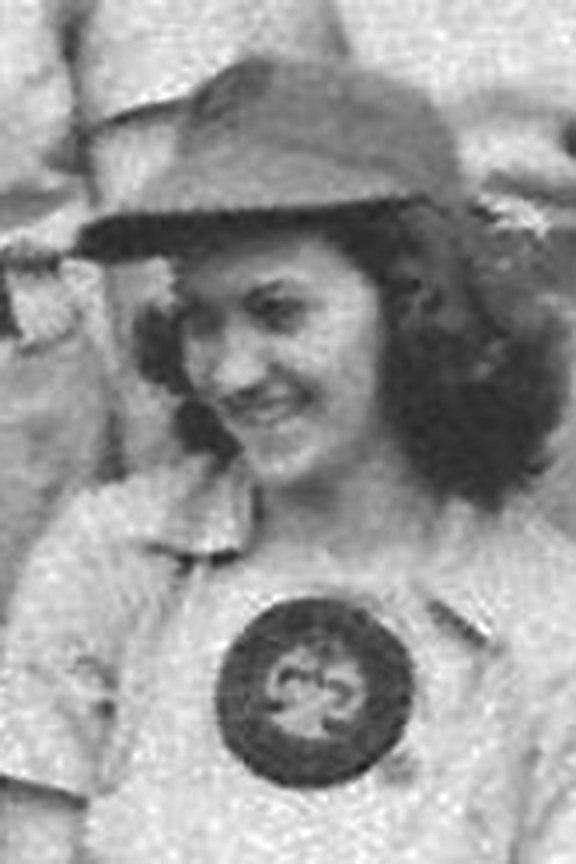 Dorothy Sawyer White was inducted into the Elmira, NY Women's Sports Hall of Fame on Aug. 23, 1979.

By Dorothy Sawyer White was inducted into the Elmira, NY Women's Sports Hall of Fame on Aug. 23, 1979.

Dorothy (Sawyer) White, of Rochester, NY, formerly of Elmira, NY, passed away at age 66 on Tuesday, Decemberr 19, 1989.  She was survived by three sisters, three brothers, and several great nieces and nephews.

Dottie Sawyer White was one of the outstanding female athletes in intramural sports during her Elmira Free Academy days--winning championships in the dashes in track, girls softball and basketball.

At age 15, Dottie joined the famed Remington Rand girls' softball team as the catcher for Clara "Babe" Cook.  A year later, she was voted the standout player in the Women's State at Rochester while playing with the Corning Athens Hotel Maids. The Maids won the state title.

In 1943, she joined Babe Cook in the Midwest Girls Pro Softball League, catching for the Rockford, IL, Peaches and the South Bend, IN, Blue Sox.

Following her service career, Mrs. White moved to Rochester where she continued playing softball until 1960.

Funeral services were held at the Bartolomeo Funeral Home in Rochester, NY on Friday September 22, 1989.  In lieu of flowers, contributions were requested to be made to the School of the Holy Childhood.