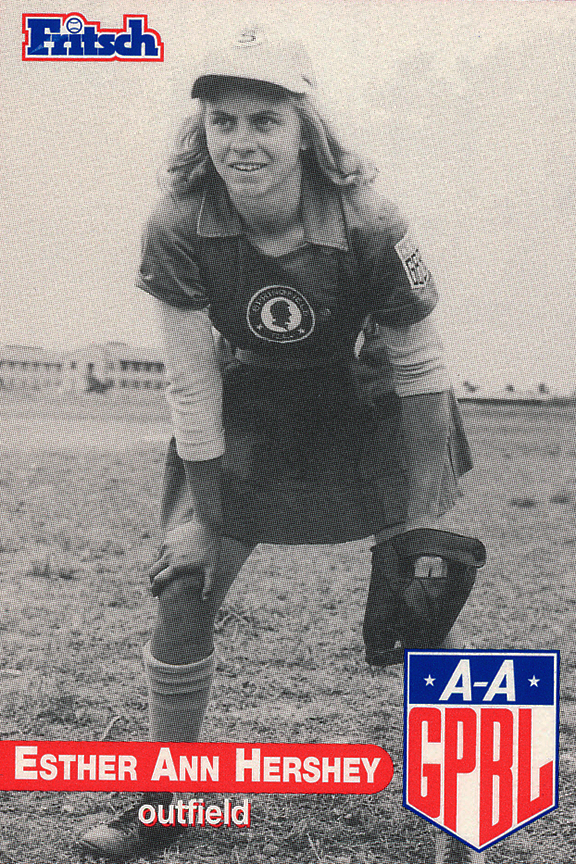 Esther Ann "Zan" Reeser, age 86, formerly of Compass, passed away at Tel Hai Retirement Community of Honey Brook on Tuesday, January 14, 2014. She was the wife of the late Edward L. Reeser.

She was born in Nine Points, PA, daughter of the late Frank W. & Marian (Baldwin) Hershey. She was a member of St. John's Episcopal Church of Compass and a graduate of Scott High School. Zan played on the All American Girls Professional Baseball League for the Springfield Sallies during W.W. II and is in the Baseball Hall of Fame. Zan loved entertaining her family and friends who frequently gathered in her kitchen sharing stories, laughter and fun. She enjoyed traveling, woodworking and was an avid bird watcher. She loved her children and grandchildren and will be greatly missed.

Surviving are two children: three grandchildren: and two brothers. She was preceded in death by a daughter, Phyllis Ann Reeser, and two sisters: Elizabeth O'Donnell and Eleanor ­Hershey.

A private graveside ­service will take place at the Pequea Presbyterian Cemetery. In lieu of flowers, contributions may be made to ­Evercare Hospice, 700 American Avenue, Suite 206, King of Prussia, PA 19406. Arrangements by the Shivery Funeral Home, Inc., Christiana & Paradise.