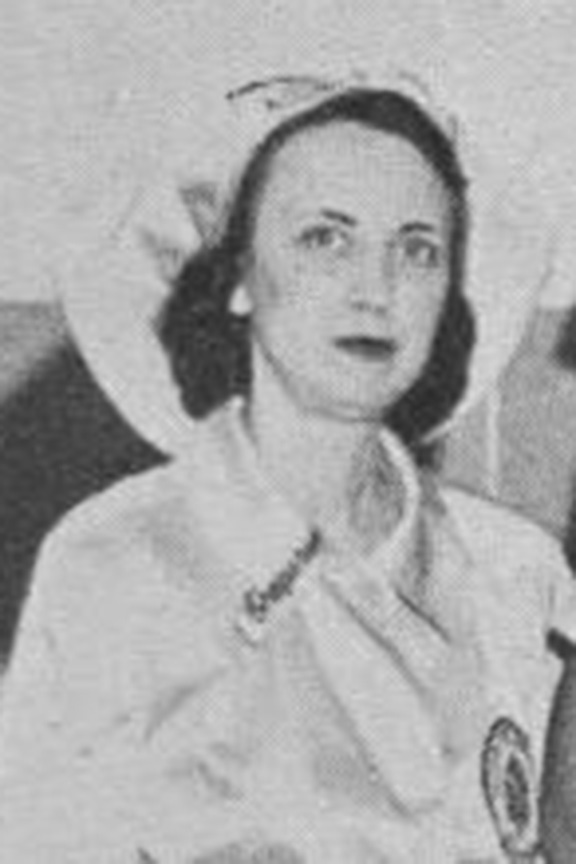 The former Irene Ives, Mrs. Young was born Dec. 27, 1907, at Victoria (IL), and lived in Peoria Heights the past 11 years.  She graduated from Victoria High School, and attended the Knox Conservatory.  She graduated as a registered nurse in 1932 from Michael Reece Hospital, Chicago.  She was a member of the Methodist faith.

She was married to Mr. Young at Kirkwood, Jan. 29, 1949.  He survived, along with her mother, Mrs. Florence Ives of Abingdon (IL), and three nephews.  She was preceded in death by her father and a sister.