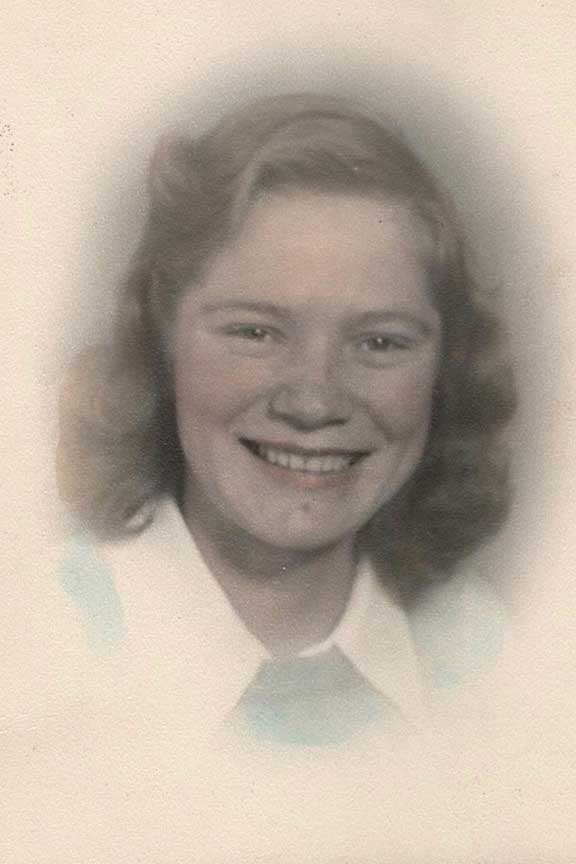 Janet Young was a right-handed pitcher for the Battle Creek Belles during the 1951 season.  Before and after her season with the Belles, Janet played for the Hagerstown Mollies, a traveling women's baseball team that played against men's teams, which she thoroughly enjoyed.  Janet also enjoyed bowling and playing tennis, volleyball, and basketball.  Her professional career included working in the textile industry until her company closed.  After that, she worked for Mack Trucks until she retired to care for her mother.

She was born on July 3, 1930 in Baltimoe, MD to Madeline Salome (Bowman) Young and William Theodore Young. She was the youngest of five children and the only girl. Her parents and three brothers, William "Buck," Bernard, and Thomas preceded her in death. Her brother Kenneth still resides in Hagerstown.

In her younger years, Janet was a member of the All-American Girls Baseball League that the movie "A League of Their Own" was based upon. She also pitched for the Hagerstown Mollies against men's teams.

After being captain of her varsity high school basketball team, she went to Hood College for a basketball officiating test and became one of the youngest in the country, passing with very high grades. She later played basketball for Fairchild and coached the first Hagerstown Junior College Women's Basketball Team. Janet also coached softball and was a high average duckpin bowler in the Hagerstown area, with many awards to her credit.

She was a member of Grace United Methodist Church.

She is survived by three brothers and their wives, nieces and many grandnieces and grandnephews.

Janet had many good and close friends throughout her life for whom she was most grateful, as well as the friends made at the American Legion Post 211. She was a friend to all and will be missed.

In lieu of flowers, memorial donations should go to the charity of your choice.