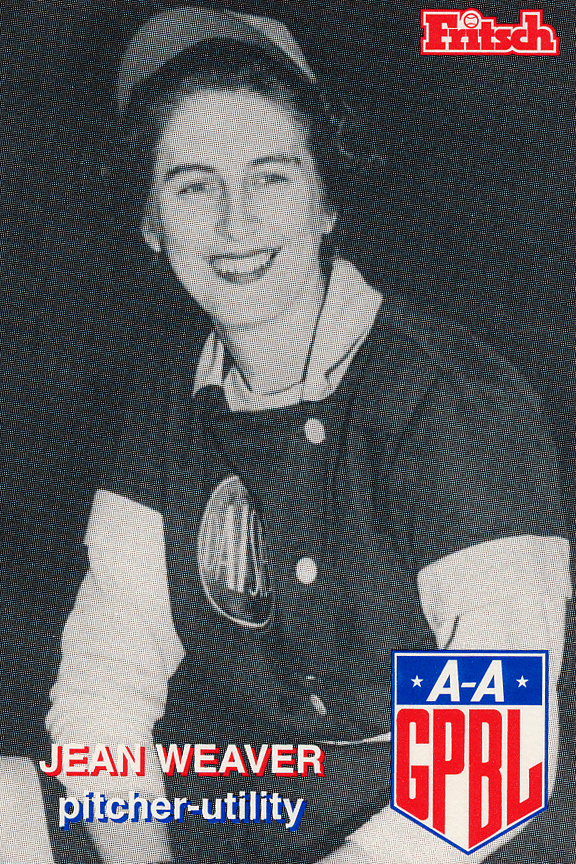 Jean is one of the three sisters that played for the Daisies. She was a gifted infielder who has a lot of speed on the basepaths. Jean showed signs of becoming a strong hitter in the league. Jean's sisters were Joanne Weaver and Betty (Weaver) Foss.

God took her mind years ago and now on this day at aage 74, he came and took her soul. She never knew, but it hurt to see her go. God never took her smile away for it glowed to the very last day.

She was a member of the All-American Girls Professional Baseball League. Along with all the other AAGPBL players, including her sisters Betty and Joanne, Jean was recognized by the Cooperstown Hall of Fame. Jean played with the Fort Wayne Daisies from 1951 through the 1953 season. She had her best season as a pitcher in 1953, playing in 20 games with a 7 win and 1 loss record. She was also a threat at the plate, posting a .313 average for the year. Fort Wayne won the league pennant in 1952 and 1953, years Jean was a pitcher for the team.

Jean was born Wilma Jean Weaver.  She was preceded in death by her parents, Lloyd and Elsie (Dummeier) Weaver; two sisters, Betty Weaver Foss and Jo Anne Weaver; and one brother, James Weaver.

Jean passed away on  January 18, 2008.  Burial was in the St. Stephen's Lutheran Church Cemetery.

Courtesy of The Paducah Sun newspaper