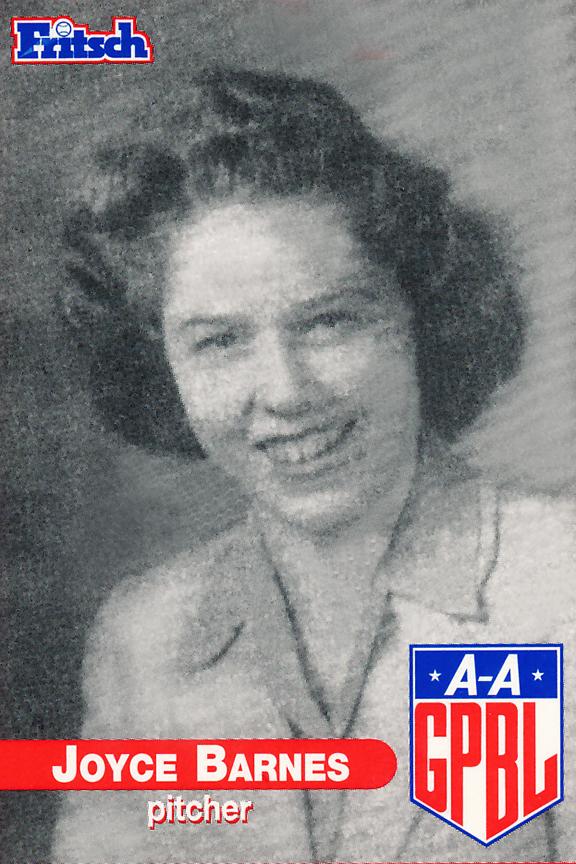 Hear about Joyce's experience in her own words through the Grand Valley State Oral history project.

She was a 1944 graduate of Buhler High School.  Joyce was a member of Partridge Community Church and had been attending Tenth Avenue United Methodist Church, Hutchinson.

She played in the AAGPBL and was recognized with the rest of the league at Cooperstown’s Baseball Hall of Fame. Joyce’s favorite pastimes included bowling and golfing, and she had a passion for music and singing.

On August 17, 1947, she married William Gilbert McCoy in Hutchinson. He died May 6, 2000. She is survived by a daughter, a granddaughter, three great-grandsons, and a sister.

She was preceded in death by: her parents; a son-in-law and three brothers.

Funeral service were held at 10 a.m. Wednesday, July 26, 2017, at Elliott Chapel, with Rev. Richard Brooks, presiding. Burial followed in Partridge Cemetery. Visitation was from 9 a.m. to 8 p.m. Tuesday, with family present from 6 to 8 p.m. at Elliott Mortuary.