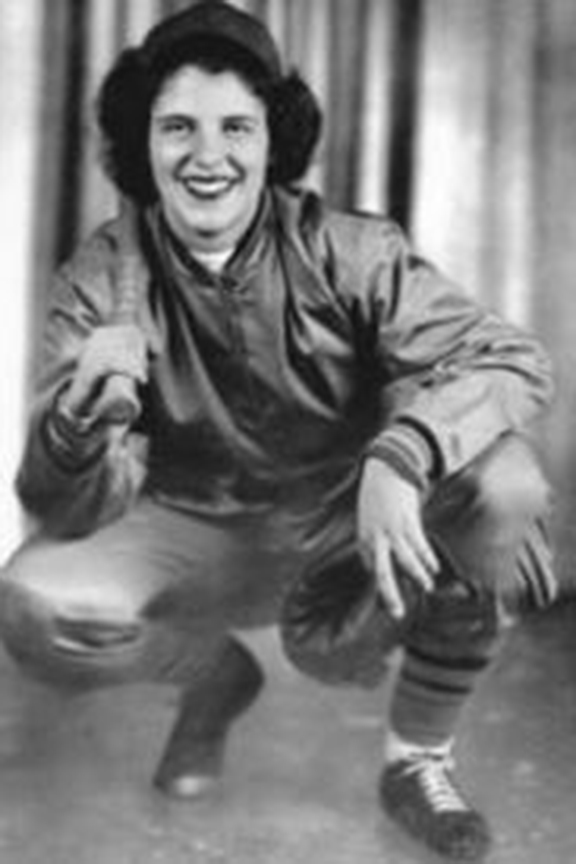 Ferne Price was an 18-year-old when she joined the Milwaukee Chicks in 1944 after graduating from Terre Haute Indiana's Wiley High School. Her coach was Max Carey, also a Terre Haute native who had played major-league baseball from 1910 to 1929 with the Pittsburgh Pirates and Brooklyn Dodgers.  During the season, Carey encouraged Price to attend college, and at the end of the season, she made plans to attend Indiana State University.

Price graduated from Indiana State University in 1948. In 1970 she graduated from the University of Iowa where she earned a doctorate of philosophy. Her two greatest passions were athletics and education.  She taught at both Wiley High School and Indiana State University. In 1989 She retired from ISU after 23 years of service on the faculty as a physical education professor and softball and swim coach. She was a trailblazer in women's athletics whose accomplishments helped remove barriers and pave the way for today's female athletes.

Price's accomplishments included being inducted into the National Girls and Women's Sports Hall of Fame in 1993 and being inducted into the Indiana State University Athletics Hall of Fame in 1998.  In 1989, ISU's softball competition field was named in her honor.  In 1999, the Terre Haute, IN Tribune-Star sports department convened a panel to choose the top 50 athletes from Vigo County in the 1900s, and Price was on that list.

Ferne was characterized being kind and gentle and as having a great deal of passion about coaching, teaching and ensuring women had the opportunity to compete in athletics. She was proud of being honored by the Baseball Hall of Fame, her academic achievements, and the book she wrote, which was entitled "The Wonder of Motion, A Sense of Life for Women."  The book included poetry and accompanying pictures of the beauty of the motion of women performing in their sport.

Dr. LaFerne (Ferne) Ellis Price, 90, of Terre Haute died peacefully Friday morning, May 27, 2016 under the loving care of Janet Hroch and her family. She was a physical education professor and softball and swim coach for Indiana State University before retiring in 1989 after 23 years. Ferne was born January 26, 1926 in Butte, Montana to James Frederick Price and Cora Elizabeth Smith Price.  Survivors include her special friends.  She was preceded in death by her parents, brother, Jim Price, sister, Lois Holmes and special friends and colleagues, Louise Pound, Sue Pernice and Sue Powell.

Ferne was a 1944 graduate of Wiley High School, 1948 graduate of Indiana State University (ISU), and a 1970 University of Iowa graduate, where she was awarded a Doctorate of Philosophy. Her two greatest passions were athletics and education. This was evidenced by her 1988 inclusion in Baseball’s Hall of Fame in Cooperstown, NY as a result of being a player with the 1944 Milwaukee Chicks in the All-American Girls Baseball League. Then in 1989, her dedication to softball was evidenced by ISU renaming the home softball field to Price Field.  On her journey through academia, she wrote  “The Wonder of Motion, a Sense of Life for Woman” in 1970, a book about women’s mental and physical commitments in all facets of sport. Her other major accomplishments included The Caleb Mills Distinguished Teaching Award from ISU in 1987, The Girls and Women’s Sport Presidential Citation in 1983, National Girls and Women’s Sports Hall of Fame in 1993, and induction into Indiana State University Athletics Hall of Fame in 1998.