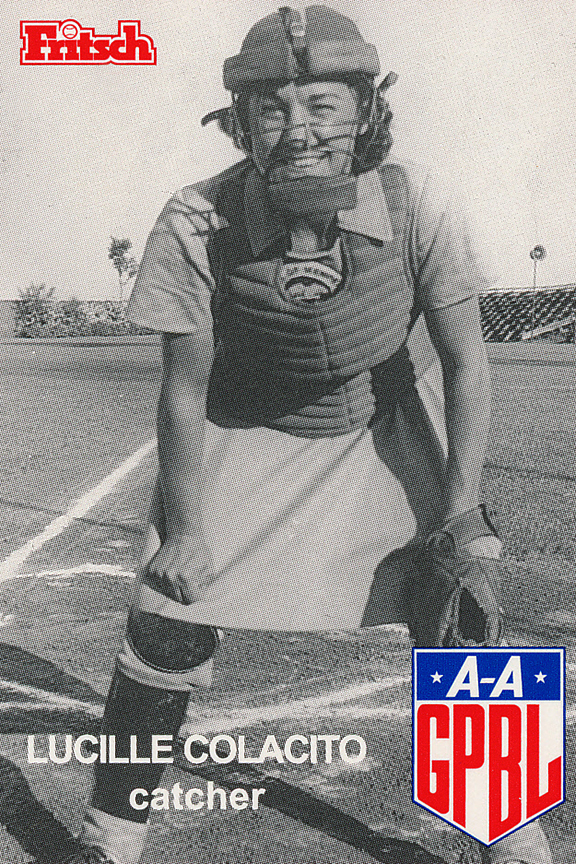 Lucille was elected into the Denver Softball Hall of Fame.

Lucille Colacito [Appugliese]-She was a catcher who played from 1944 through 1945 in the All-American Girls Professional Baseball League. Listed at 5 ft 3 in (1.60 m), 120 lb, she batted and threw right-handed. Born in Florence, Colorado, Lucille Colacito had limited experience before joining the league because her high school did not have sports teams. Then she began playing amateur softball in the local area. After graduating from school in 1943, she received an invitation to attend the next AAGPBL spring training in Peru, Illinois.

"Lou," as her teammates nicknamed her, played two years with the Kenosha Comets. Her most productive season came in 1944 when she posted career-numbers in games played (85), average (.179), runs (24) and RBI (22), while tying for eighth in the league for the most doubles (7).

After leaving the league, Colacito returned home and played softball for some years. She later continued her activities as a golfer and won several local awards over the years. She and her husband raised a son and two grandchildren. She is included as part of Women in Baseball, a permanent display in the Baseball Hall of Fame and Museum in Cooperstown, New York. The display was unveiled in 1988 to honor the entire All-American Girls Professional Baseball League. She was also elected to the Denver Softball Hall of Fame. Lucille Colacito died January 30, 1998 in Adams City, Colorado, at the age of 76.