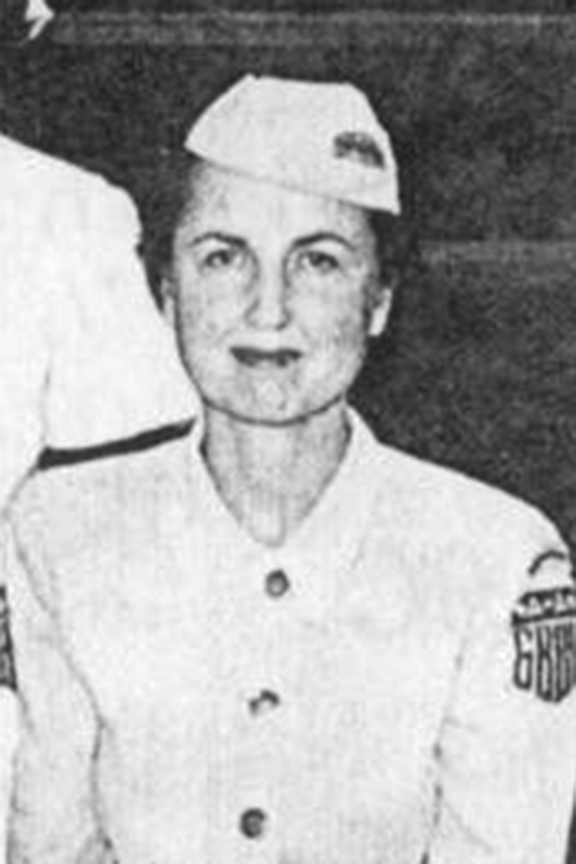 From a May 21, 1954 Rockford Register Republic, p. 37 article, we learned the following about Marion Holloway Greenberg.  (She married Harry A. Greenberg in August 1956):

"The Peaches were fortunate in getting a woman with so fine a background as Mrs. Marion Holloway to replace Dottie Green as chaperone.  Women of the right caliber and experience [weren't] easy to find.

. . . . An AGBL chaperone must know sports, understand players, and be able to serve as a sort of mother hen, nurse, and adviser to the girls.  Mrs. Holloway should fill the bill.

During the school years she is assistant to Ruth Lins, director of girls' physical education for the entire Rockford school system.  For 'nine years' in the summer, Mrs. Holloway was director of girls' encampments at Camp Rotary.

But perhaps the most important qualification explains itself.  One of her two children is a high school girl.  Several of the Peaches are still in their teens and others are barely out of them.

Mrs. Holloway will take over full time when school lets out.  Meanwhile she will work home games and exhibition games near her while a substitute handles road games before school is out."

She lived in Rockford for 24 years beginning in 1948.  She was married to Harry Greenberg, owner of Harry's Hobbies in 1956, and he preceded her in death.

She was a teacher in Rockford public schools and served as dean of girls at Wilson Middle School, retiring in 1972.

She was a member of Court Street United Methodist Church and was active in community affairs.  She also served on the YWCA Board and the Governor's Committee of Adoption.

Survivors included a daughter, a son, four grandchildren, and several brothers and sisters.

Graveside services were held Monday, September 29, 1980, in Arlington Memorial Park and led by an associate pastor of Court Street United Methodist Church.  There was no visitation, and memorials to the Leukemia Foundation were suggested.