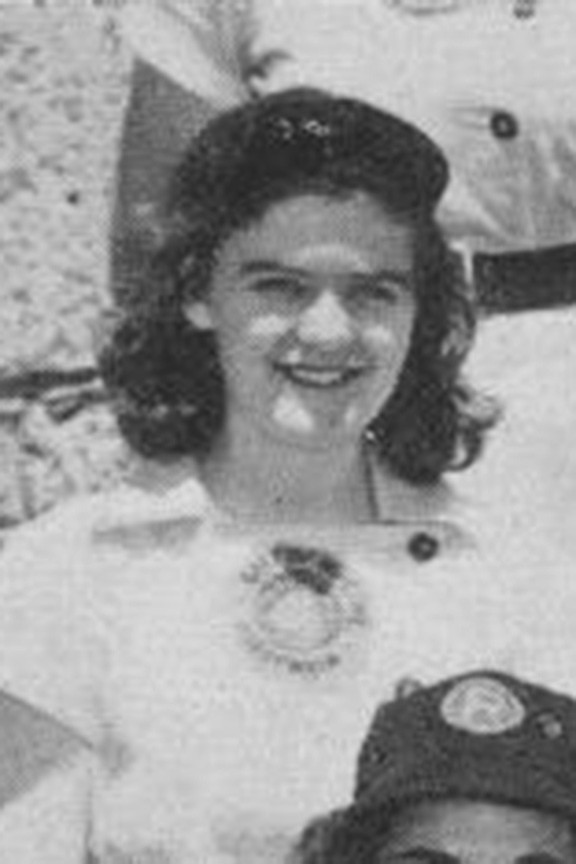 Mary Flaherty of East Patchogue, a former member of the World War II-era all women’s baseball league that was profiled in the movie “A League of Their Own,” died March 30, 2000 at her winter home in Vero Beach, Fla.  She was 74, and the cause of death was heart failure, her niece reported.

At a time when women had limited opportunities in professional sports, Flaherty never ceased to believe they could achieve their athletic goals.

“She talked about her baseball days all the time, and she believed in women’s causes,” said her niece.  She loved the comraderie of the girls and the sport, and she always encouraged us to go into athletics.

At age 21, Flaherty was recruited while playing for a women’s softball league in New Jersey to be a pitcher and play third base for the Wisconsin-based Racine Belles.  She played for two years, her niece said, before retiring and becoming a typist for General Motors in New York City.  She later worked for Manufacturer’s trust Co. in Long Island.  Born in South Ozone Park, Queens, she moved to Hicksville in 1978 and subsequently moved to East Patchogue.  She was a member of St. Sylvester’s Roman Catholic Church in Medford.

She was survived by her niece, three sisters, a brother, and a longtime friend.

Interment was in Holy Rood Cemetery in Westbury, NY.