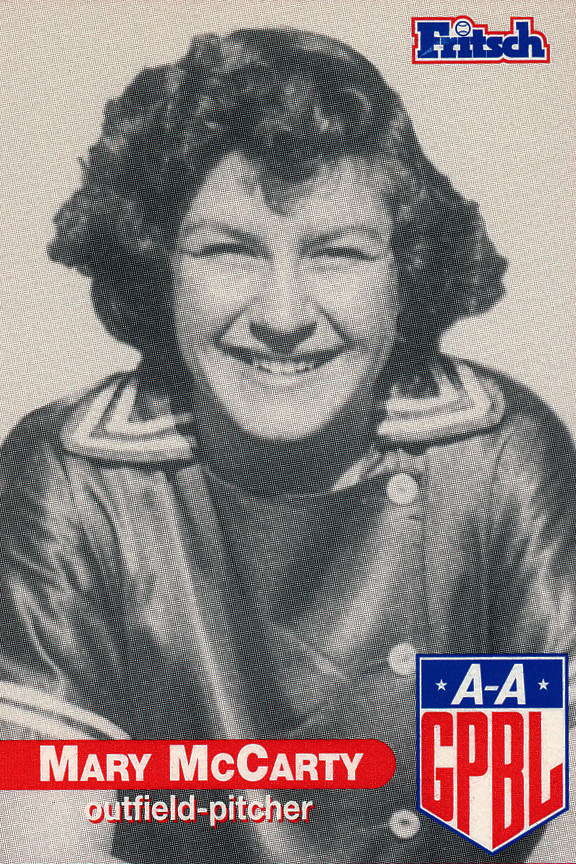 Mary was born June 8, 1931, the daughter of William and Mae Jennings. She graduated from Central Michigan High School.  She was a member of The Flint IMA Girl's baseball team in the late '40's. She was also named the Girl Athlete of the Year during that same period. In 1951, Mary pitched and played outfield for the Peoria Redwings of the All-American Girls Professional Baseball League. Mary also won the All-Events Crown in the city bowling tournament in the '60's, and she was inducted into the Greater Flint Area Sports Hall of Fame in 1996.

Mary was a great animal lover and supported many organizations.

She was preceded in death by two sisters and was survived by many friends.

Copyright: Adapted from the Flint (MI) Journal, 5/30/2009 via geneologybank.com.