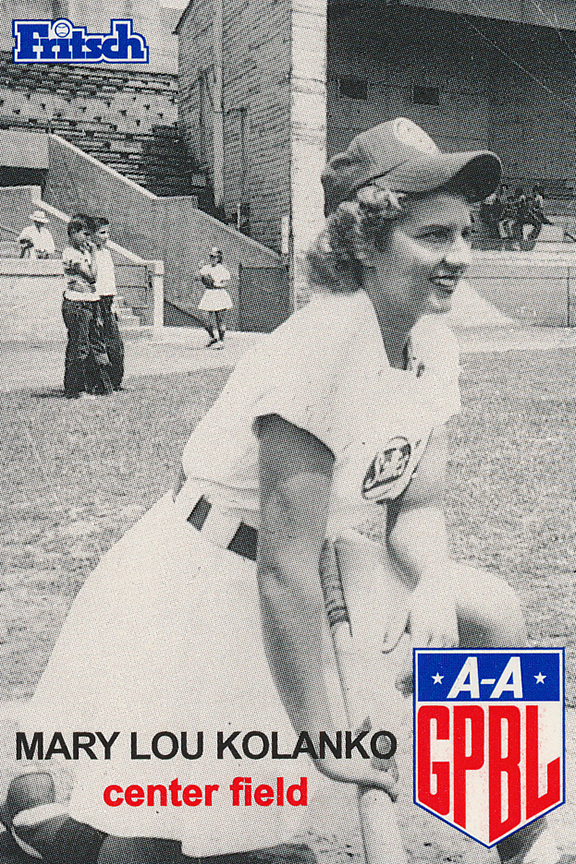 Mary Lou grew up the youngest in a family of eight children.  She had five older brothers with whom she often played baseball.  Through high school, she was head cheerleader.  There was no opportunity for Mary Lou to play ball in high school or college.  She did, however, play fast pitch softball as a teenager in Weirton (Ohio) and Steubenville.  It was in the softball leagues she was scouted by the AAGPBL scouts.   She was invited to attend tryouts at Spring training in 1950 in McKeesport, PA, followed by a training camp in South Bend, IN.  She was assigned to play for the Springfield Sallies touring team.

Klinky's career was filled with barnstorming trips through 17 states and Canada.  The touring teams traveled all night to arrive at the next city to be ready for play  that evening.  The cities were from small villages to large metropolitan areas, including New York City.

One of the highlights of her career was playing in Yankee Stadium  and warming up with Hall of Fame shortstop, Phil Rizzuto.

When her baseball career ended, Mary Lou returned to Weirton and worked at the local bank.  She later became a Franciscan sister and taught school for 15 years.  When her parents became ill, she left the convent to take care of them and taught in the public school system for another 20 years.  She worked to establish women's sports programs in the schools.

When Mary Lou retired, she lived an active life playing golf and jogging.  She always remembered playing baseball with her brothers and making stinging catches .

Mary Lou was born in Weirton, FL. She graduated from Weir High School; worked at the Bank of Weirton; earned a master's degree; and taught school for 35 years. She was a member of the Franciscan Sisters of Our Lady of Perpetual Help, St. Louis for 14 years.

Mary Lou was honored in The Baseball Hall of Fame in Cooperstown, N.Y. She played professional baseball for the AAGPBL Springfield Sallies.

Mary Lou will be missed by her family, teammates and friends.