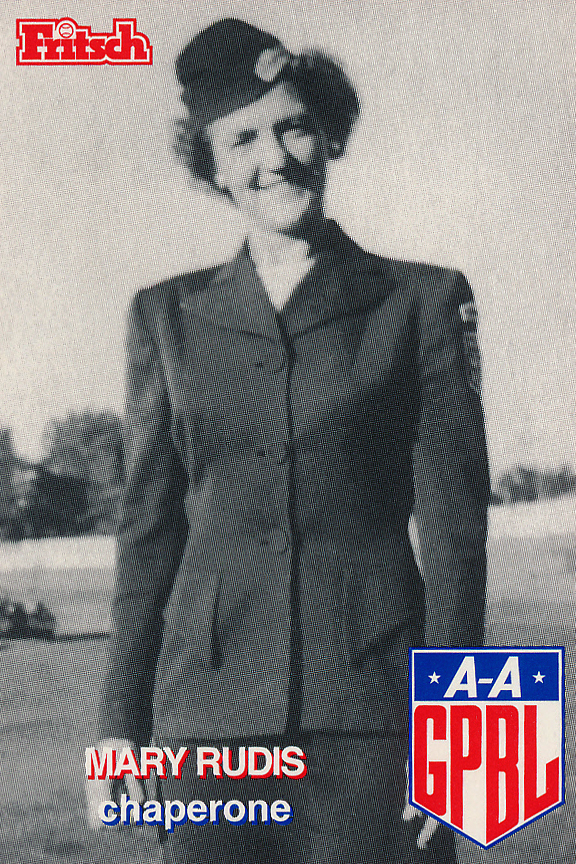 Although an obituary was not found for Mary Rudis Bestudik, the following article from the Springfield, IL State Journal- Register of April 14, 1993, p. 21, provides a fairly extensive biographical profile for her before she was inducted into the Springfield, IL Sports Hall of Fame in April 19, 1993:

"The woman's place was on the sidelines, not the court--during the playing days of former Springfield resident Mary Rudis Bestudik.

That didn't stop Bestudik from becoming an all-star in the days before high schools or colleges fielded teams for women.  'You were a tomboy back then,' said 81-year old Bestudik, who will be inducted Monday into the Springfield Sports Hall of Fame.  'That wasn't much fun.  It was fun playing though.'

'I don't regret one bit of it.  It just came natural.  But it would have been a lot nicer to have the opportunity in a career that reached the big time in the 1930s.'

She was an AAU All-American in basketball, a member of the winning team that earned the scratch and handicap doubles title in the city bowling tournament,and even met the man she later married while ice skating at Washington Park.

Bestudik and her husband, Joseph, migrated to Southern California, but her athletic highlights came before the couple was married in 1949.

She was a center and later point guard on the St. Louis American Legion basketball team that finished second in the 1934 AAU National Tournament in Wichita, Kan.  Her performance in the tournament earned her a spot on the All-American team.  In fact, she was named All-American team captain.

Her days with the St. Louis team was the big time for Bestudik.  The squad traveled by train as far east as Connecticut and twice went north to Edmonton, Canada.

One trip to Canada was extended to a three week tour of the West Coast.  All of her expenses were paid.  The $4 a day for meal money wasn't too bad either.

'We all worked and took time off,' she said.  'We kind of made a vacation out of it.'

Bestudik would ride the train to St. Louis on Friday, practice with the team on Saturday and play a game on Sunday before returning home to Springfield.

Her playing days formally began in gym class while attending Springfield High School and took off when she was invited to a practice of the women's team at the Knights of Columbus.

Bestudik took a job at the telephone company at age 17, mainly because of her basketball skills since the company had a women's team.  That team folded and she was soon playing for the Elks.

Bestudik also enjoyed swimming and bowling.  She teamed with Marge Tapocik to win the city doubles title during the 1943 bowling season.  Bestudik was also an active member of the summer softball leagues.

Bestudik serve as chaperone in 1948 for the only season of the Springfield Sallies, a team in the women's professional baseball league.  She acted as trainer and stepmother to the group.

This Hall of Fame stuff is surprising to Bestudik, who figured if there was a Hall of Famer in the family it would have been her husband.  He was an infielder-outfielder who may have made the major leagues had it not been for World War II, Bestudik said.  He played in the minor leagues and 'had a cup of coffee' with major league teams during spring training after the war.  He died [in 1991]."