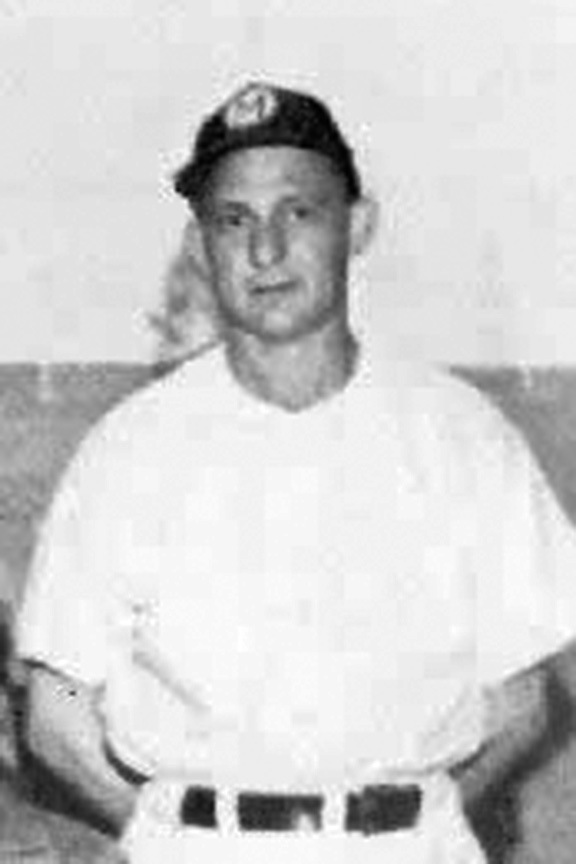 Ralph played MLB for the Brooklyn Dodgers as an outfielder from 1933-35. He became the Muskegon Lassies manager in 1946. He had a 13 year career in professional baseball as aplayer, coach and manager. He was well liked and respected by his Lassie players and was a capable manager in the AAGPBL.

Ralph "Buzz" Boyle was a Major League Baseball Player. The left-handed-hitting outfielder played for the Boston Braves from 1929 to 1930 and the Brooklyn Dodgers from 1933 to 1935.

On June 5, 1934, he got four hits in the first game of a doubleheader to run his hitting streak to 25 games. The string was stopped in the nightcap when Dodgers manager Casey Stengel sent him up to pinch hit for Hack Wilson. Given only one chance to extend the streak, he made an out. He hit .305 that season and led National League outfielders in assists with 20. He batted .290 lifetime with 12 homers.

He then managed in the minor leagues and in the All-American Girls Baseball League (made famous in the move "A League of Their Own") for a time before becoming a scout for the Cincinnati Reds from 1948-68. He then joined the expansion Montreal Expos in the same capacity in 1969 until his retirement in 1972. His older brother Jim caught one game for the New York Giants in 1926. (bio by: Ron Coons)