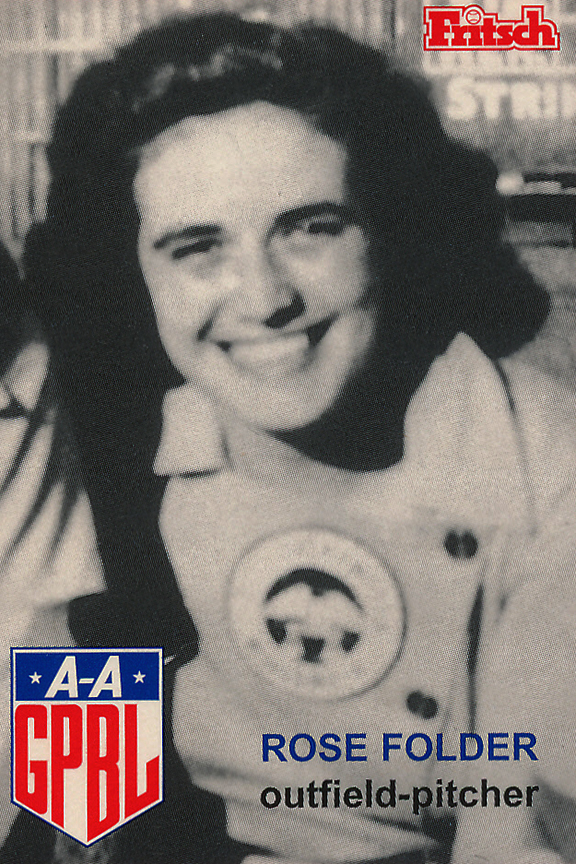 Rose Marie Folder Powell, 88, passed away at home on July 3, 2014, surrounded by her beloved family.  She was born May 12, 1926 in Auburn, Illinois to Joseph and Bertha Folder.  She lived in Springfield, Illinois until high school graduation.

From the age of about 13 Rose spent her summers playing semi-pro baseball in the Illinois area.  After graduating from high school she played in the All American Girls Professional Baseball League as a pitcher and outfielder.  This was during World War II and women played pro ball because the men were off at war.  Rose called this time a great highlight of her life.  After the movie “A League of Their Own” came out in 1992 her story became more widely known.  She and her fellow players from that time were inducted into the National Baseball Hall of Fame in Cooperstown, New York. The women have had annual reunions and many have remained lifelong friends.  Early this year Rose was honored with induction into the Sports Hall of Fame in her hometown of Springfield, Illinois.  Up until the time of her death, Rose received requests for one of her autographed baseball cards from fans all over the world.

After her time in baseball Rose married Edward Powell and they began their married life in Wisconsin.  In 1954 they moved their young family to the Snoqualmie Valley.  Rose spent many, many years as an in-home daycare provider.  Known affectionately as Grandma Rose, she shaped the lives of countless young people in the town of Carnation.

In retirement, Rose spent her time watching her beloved Mariners on TV, remembering everyone’s birthdays with cards, writing letters, reading, having a good cup of coffee, and just being at home for anyone who happened to stop by for a visit.  She was also able to take many trips with family (mostly under protest, but always full of happy stories to tell afterwards!)

A memorial service will be held Saturday, August 2, 2014 at 2 p.m. at Carnation Elementary School, Carnation, Washington.

In lieu of flowers, please consider making a donation to the All American Girls Professional Baseball League (AAGPBL.org) in Rose’s memory.