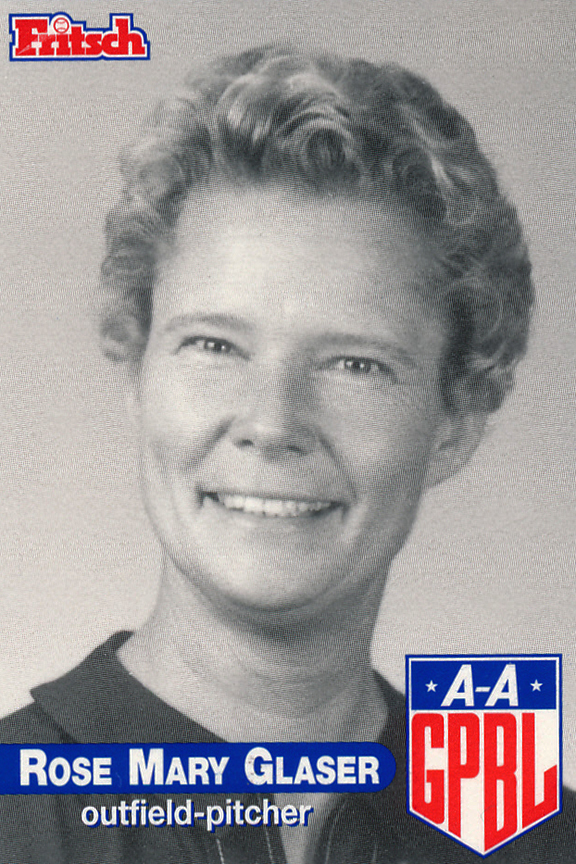 Nicknamed for her perpetual smile as an infant, she was a twin, born Oct. 22, 1921, weighing just over 2 pounds, to Albert and Mary Rose Glaser. She grew up in a two-bedroom home in Carthage with eight other siblings. The close family attended Catholic Mass and prayed the rosary together.

Ms. Glaser attended St. Charles grade school and Lady of Angels High School, now known as Roger Bacon, in St. Bernard, where she was a friend of classmate Doris Kappelhoff, better known as Doris Day. She was also an accomplished athlete.

“She was a pitcher with a mean, stinging ball,” said her sister, Mary Lou Clark of Springfield Township. “Everyone was afraid of Hap’s fastball. She told the coach, ‘My sister can catch them. She does it every night at home.’ So they pulled me from the freshman team to varsity.’’

Ms. Glaser helped her teammates bring back state titles in basketball, softball and volleyball. She graduated in 1939 and attended Marion College in Indianapolis on an academic scholarship. She earned a bachelor’s degree in physical education, before continuing her studies at the University of Cincinnati in 1942.

In 1944, Ms. Glaser played in the All-American Girls Professional Baseball League for the Kenosha (Wis.) Comets, where she pitched and played the outfield. Each player recieved their own baseball card. In 1992, the film “A League of Their Own” debuted. The comedy-drama was based on Ms. Glaser’s league.

That’s when the autograph requests started pouring in.

“After the movie came out, she got hundreds of requests. She would sign and return them. Just this past week, she received two more requests.”

She won Ohio MVP honors in basketball in 1949 and statewide notoriety during a 25-year amateur softball career.

She settled in Bridgetown, teaching one year in Elmwood Place Schools. Then she accepted a position in 1946 to teach physical education and coach girls sports in the Reading Community City Schools, until retiring in 1975. At her retirement, students presented her with “The Greatest Teacher There Ever Was” trophy.

After retiring, Ms. Glaser participated in publicity stunts for the Cincinnati Reds by hitting balls to the fence line at Crosley Field. She also worked at “Glaser & Clark” deli in Carthage, owned by her sister, Mary Lou Clark, and her husband.

She found pleasure babysitting nieces and nephews, chauffeuring them in her convertible, attending daily Mass at Our Lady of Visitation, sending holiday cards and taking care of loved ones, especially her mother.

In 1990, Rose Mary was inducted into both UC’s Athletic Hall of Fame and the Buddy LaRosa’s Hall of Fame, the latter’s first female inductee

In addition to her sister and brother, survivors include two brothers, her twin, Albert Glaser of Finneytown, and Donald Glaser of Oxford; and one sister, Eileen McMahon of Finneytown.