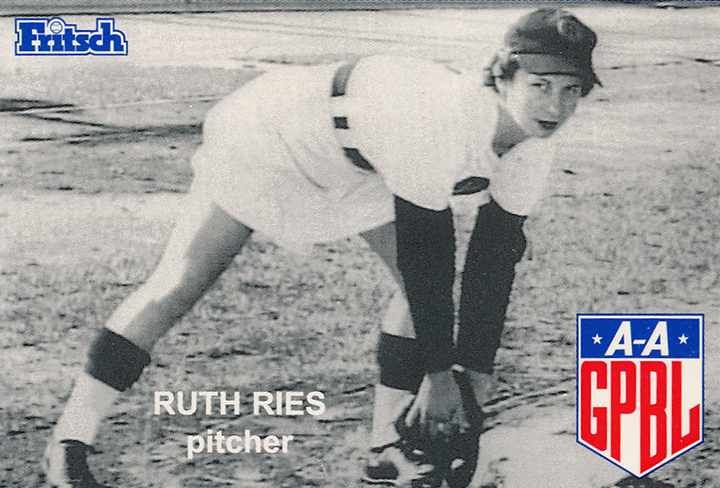 Ruth was raised on a farm in Wisconsin, one of seven girls.  She had an unknown number of brothers who were older .  At age six she began to play baseball with her brothers .  All the girls learned to play the game and joined in with the boys regularly.

She played for the Rockford Peaches in the All-American Girls Professional Baseball League.  She was a member, and sang in the choir, at St. Benedict Catholic Church.  She loved to bowl, coached baseball, was a crossing guard, and drove bus for special eduction students.