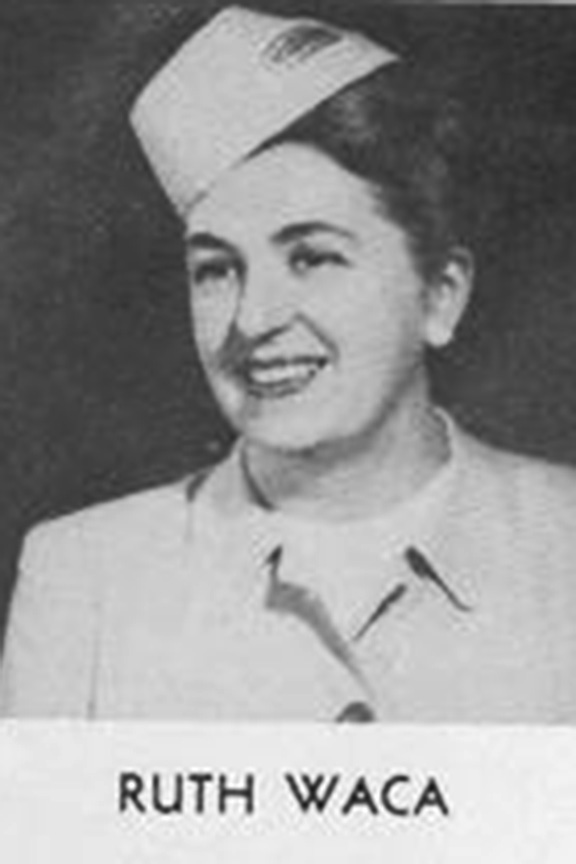 Miss Ruth P. (Waca) Ford was a graduate of Peoria High School and the Illinois Masonic Hospital in Chicago.  She worked in industrial nursing and floor supervising as well as private nursing.

Following her graduation from Masonic Hospital, she was placed in charge of the floor to which all Cubs and Bears players were sent when injured or ill.  Listed among the players who were under her care were Red Grange, Bronko Nagurski, Riggs Stevenson, and Kiki Cuyler

During World War II, she was supervisor of women for the Tampa Shipbuilding Co., a position in which she served for two and one half years.  Among her duties there was the coordination of the activities of 1,600 women employees, collaborating on a Florida program, and speaking before various civic organizations.

Before she married, Miss Waca was a registered nurse in good standing in the states of Illinois and Florida.  A lover of travel, she visited extensively in the United States, and also toured Canada, Mexico, Jamaica, and Cuba.

Ruth (Waca) Ford passed away on Tuesday, October  22, 2002 at home in Seminole, Florida. She was born in Chicago, Illinois on August 31,1909. She came to Florida in 1966 from Peoria, Illinois. She was a Registered Nurse until she retired. She was a Chaperone for the 1948 Peoria Redwings Profesional Women's Baseball Team. She was a member of St. Anthony's Auxillary.  She was also a member of the First Baptist Church of St. Petersburg. Florida.

She is survived by one sister,  One brother, two nieces,  and two nephews.