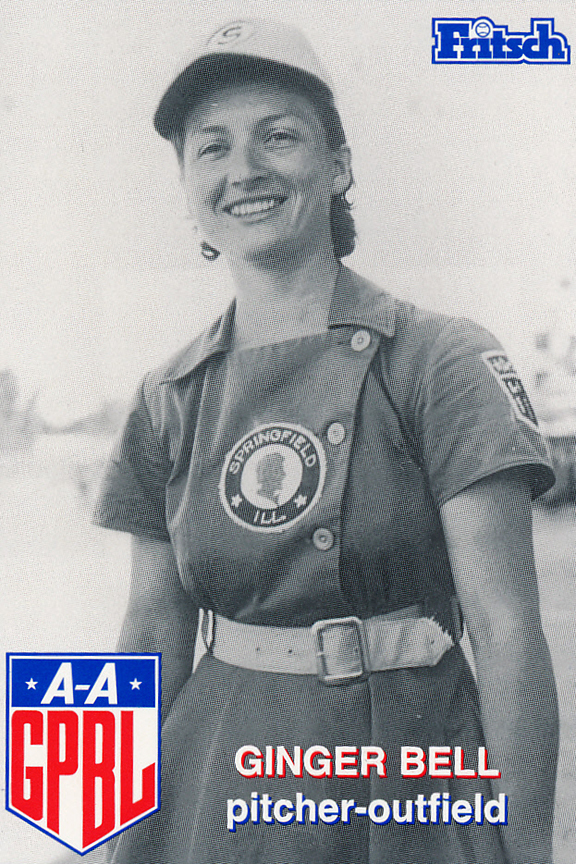 Professional Baseball Player Virginia "Ginger" Bell was a pitcher and outfielder who played in the All-American Girls Professional Baseball League. Born in Muskegon, Michigan July 30, 1927, Ginger served for the Women's Army Corps in Japan during World War II before joining the league with the Springfield Sallies in its 1948 season as a pitcher. She wore uniform #27.  After her baseball career was over she spent the rest of her life in Many, Louisiana.  Virginia passed away April 19, 1994 (aged 66).  Burial details unknown.