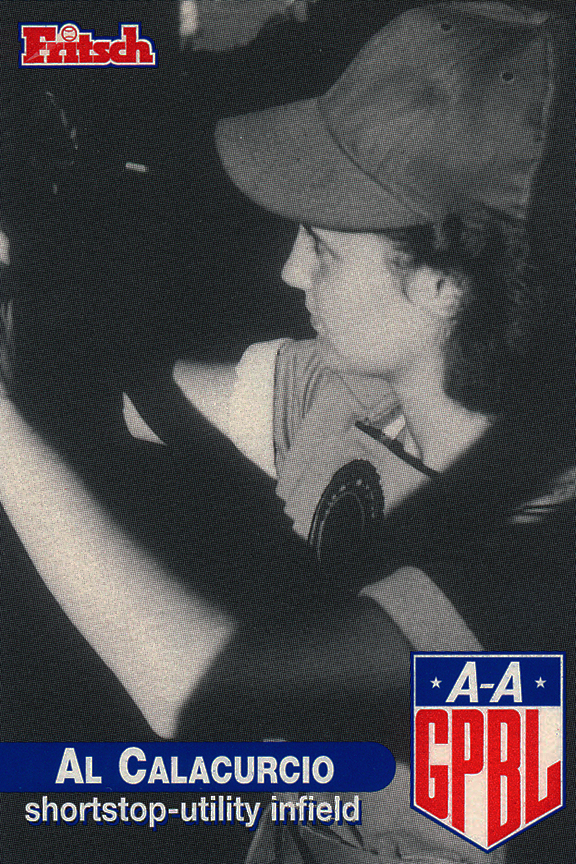 Al had her tryout in Havana Cuba where the entire league had Spring Training. Unfortunately, no batting or fielding statistics are available for Aldine.

Aldine J. Calacurcio Thomas, 89, of Rockford, Illinois, passed away on Tuesday, July 4, 2017. She was born in Rockford on June 8, 1928, the daughter of Alfred and Helen (Copp) Calacurcio.

She married her loving husband, Roger E. Thomas in 1953 and was married for 25 years, before his passing in 1978. Aldine was an active woman and loved sports.

She played for the Rockford Peaches in 1947 as an infield alternate and practiced with the team in Cuba.  Aldine was also a talented trap shooter and you could find her most weekends at the local Plug & Pellet Sportsman’s Club where she collected over 60 first place trophies.

She prided herself in truly being accepted as one of the ‘guys’. She was employed at J.L. Clark, where she played on the women’s auxiliary softball team, and went on to retire from Warner Lambert in the early 1990’s.

Aldine lived her life to the fullest and her family will cherish her memory always.

Aldine is predeceased by: her husband; parents; brother, a niece, and a great niece.

Memorial service were held on Sunday, July 9, 2017, at the Fitzgerald Funeral Home, Rockford.