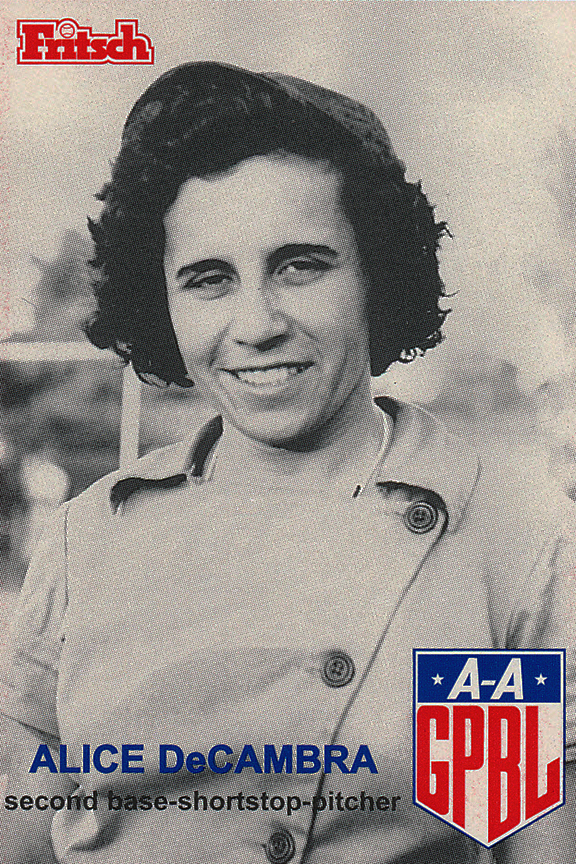 "Moose" played a solid second base and had a great eye at the plate. She also pitched when needed. Golf took up her spare time along with swimming, bowling, and basketball. During her playing career she worked in the off-season for Firestone. Alice's sister Lilllian (DeCambra) Kelley played in the League also.

Born in Somerset, R.I., a daughter of the late William and Antonia (Charves) DeCambra, she lived in Kalamazoo, Mich. from the mid-1940s until returning to Somerset in 1971.

She worked at the former Firestone Rubber Co. in Fall River during World War II, and later worked for Aluminum Processing as an assembler, retiring four years ago.

From 1939 to 1945, she was captain of the St. Patrick's Softball Team, and from 1943 to 1954, she was a member of the All-American Girls Professional Baseball League. She was also a golfer and bowler. She was inducted this past March into the Somerset High School Hall of Fame.