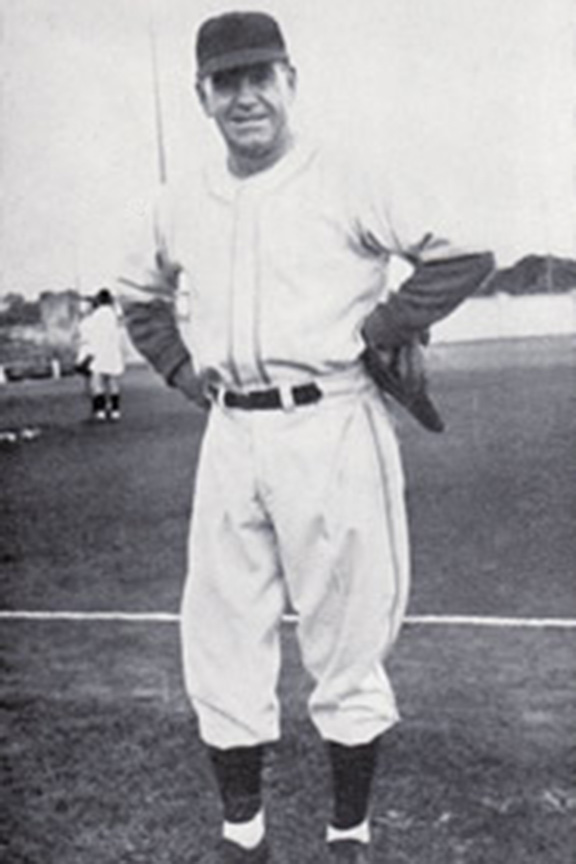 On August 22, 1917, Carson Bigbee of the Pittsburgh Pirates set a major league record by coming to bat 11 times in a 22-inning game against the Brooklyn Dodgers. Pirate reliever Elmer Jacobs also sets a record by pitching 16 2/3 innings of relief.  (Courtesy of the Baseball Hall of Fame.)

In 1947, Carson reunited with professional baseball.  His old pal, Pirate teammate, and business partner Max Carey was now president of the All-AmericanGirls Professional Baseball League.  In 1948, Carey persuaded Bigbee to become the manager of the Springfield (IL) Sallies.  Initially a skeptic of the league, Carson became one of its biggest boosters.  Unfortunately, he wasn't that successful as a manager.  He led the Sallies to the worst recordin the league in 1948 (41-84), and then guided the Muskegon (MI) Lassies to a sixth place finish in an eight-team league in 1949.  He had a fine competitive spirit, and a pleasing personality made him popular with both players and managers throughout the League.

After the 1949 season, Bigbee returned home to Portland (OR) where he and his wife Grace lived out the rest of their days.  Carson died in his sleep on Oct. 17, 1964.  He was 69, and was survived by Grace,their two daughters, and four grandchildren.  He was also survived by his 96-year-old mother, Callie, and his older brother, Moris.  Callie, who continued teaching school until the age of 81, died in 1968 at the age of 99.  Morris died in 1978 at the age of 88.

Grace died on June 28, 1967, at the Portland home of her daughter Jean, at the age of 71.  Carson and Grace were both buried at Willamette National Cemetery in Portland.

Mr. Bigbee was born in Sweet Home, OR, March 31, 1895.  He attended the University of Oregon for three years but left to play baseball with Tacoma.  He left the Tacoma team to go up with the Pittsburgh Pirates of the National League where he played left field until 1928 with time out for a year’s service with the Army during World war I.  In 1938, he left Pittsburgh for Seattle of the Coast League where he played for two years.  He was known as a heavy hitter.

He was a member of the National Association of Baseball Players.

Mr. Bigbee was survived by his widow, his mother, two married daughters, and four grand- children.

His funeral was held at the Ross-Hollywood Chapel, and Burial followed at Willamette National Cemetery.

[Note:  Carson Bigbee managed the Springfield Sallies of the All-American Girls Baseball League in 1948 and the Muskegon Lassies in 1949.]