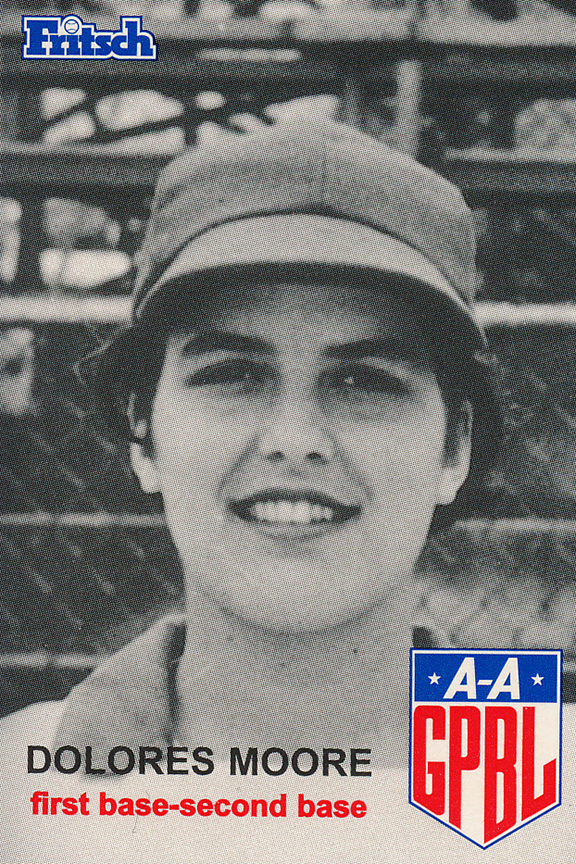 Dolores Moore, 67, an All-Star in the women's professional baseball league that was featured in the movie "A League of Their Own," died Thursday (8/31/2000) at the Anchorage in Bensenville.

She was inducted into the Baseball Hall of Fame in Cooperstown, N.Y., in 1988.

Ms. Moore played first base and second base in the All American Girls Professional Baseball League. She visited the set and consulted with the actresses who starred in the movie about the league.

Jesse Owens once presented Ms. Moore with the league's MVP Award, and she was selected for the 1954 All-Star game after two years with the Grand Rapids Chicks.

"I called her Babe," said her brother, Tom Moore.

"Aunt Babe" was a big influence on her nephew Greg Moore, who said he learned more about baseball from her than from his father, Tom.

"She should be remembered especially for her love for baseball and the strides that she made for women to be recognized in sports," Greg Moore said. "She was a great athlete."

She loved sports, children and physical education. She taught in Chicago public schools for 33 years, and supervised children at public playgrounds.

"She had started getting them into the playground and getting them off the streets," Denise Moore said. "That was pretty much her sole interest in her life."

Jeanne Shounk, who had known Ms. Moore since 1954, said she would give kids money for food and donate clothes.

"She was always helping kids," Shounk said. "She had a good heart, and a lot of empathy for people. She was a gentle woman."

Ms. Moore is also survived by her nephews, Thomas Moore and Robert DiGiacomo, and 11 great-nieces and nephews.

Visitation were held. Tuesday at Humes Funeral Home in Addison. Burial was at Lakewood Cemetery in Elgin.