Dottie was called the "Ray Schalk" of the League. 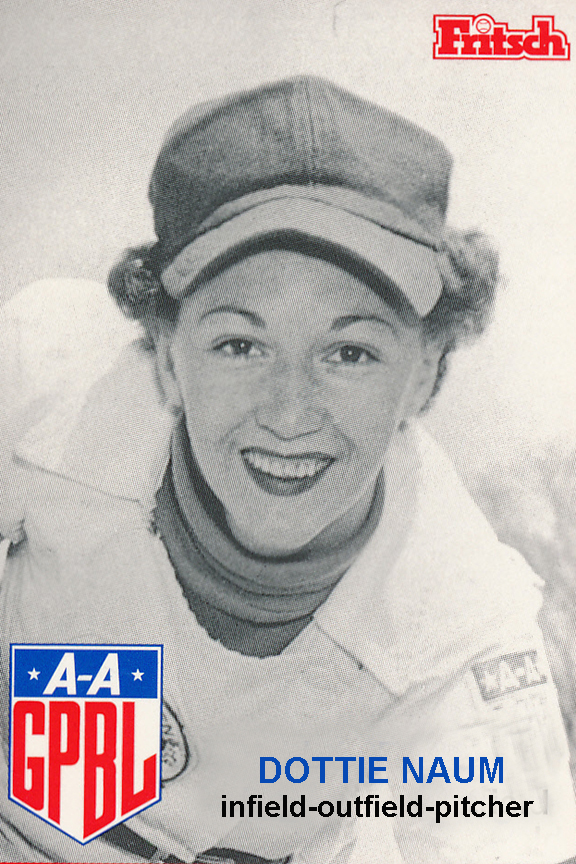 Dottie was called the "Ray Schalk" of the League.

By Dottie was called the "Ray Schalk" of the League.

Dottie was a pitcher and also filled in at shortstop. She had a 1.99 ERA in 1952 while pitching for the Lassies.

She was also preceded in death by her sister, Stella Grey and brothers, Henry and James Naum. She is survived by sons, Robert W. Parker (Fran) of Phoenix, and R. Craig Parker of Galesburg. She is also survived by granddaughters, Tiffani D. Patrick and Lindsey C. Parker, both of San Francisco.

A Galesburg resident since 1958, “Dottie” was a proud member of “A League of Their Own”, the All-American Girls Professional Baseball League, which was enshrined as an organization into the Baseball Hall of Fame in Cooperstown, NY in 1988.  She played for the Kalamazoo Lassies, the South Bend Blue Sox and the Kenosha Comets in a career that spanned 1946-1953, when she retired to marry Ron and start her family.

Playing her early years as a catcher/infielder, she blossomed later as a pitcher, posting an astounding career earned run average of 2.01 between 1950 and 1953.  She hit the only home run of her career in the final game she played, a 2-1 playoff victory for Kalamazoo in September 1953. She was also the winning pitcher.

An avid golfer throughout her life, she participated in numerous Galesburg All-City Championships. Her other hobbies included bowling, knitting and needlepoint, playing bridge and watching sports, especially the NBA.

She was a former member of the Greek Orthodox Church. She was much loved and will be missed by her friends, family and little dog Lexi. She will forever roam the playing fields of heaven.

Funeral services will be 1 PM Friday, September 26, 2008 at Hinchliff-Pearson-West Galesburg Chapel. The Rev. David Parker will officiate. The family will receive friends following the funeral at the chapel. Cremation will be accorded following the funeral with a private family burial on Monday in East Linwood Cemetery. Memorials may be directed to the charity of the donor’s choice. Online condolences may be made at www.h-p-w.com.