She played in the national tournament in 1940. 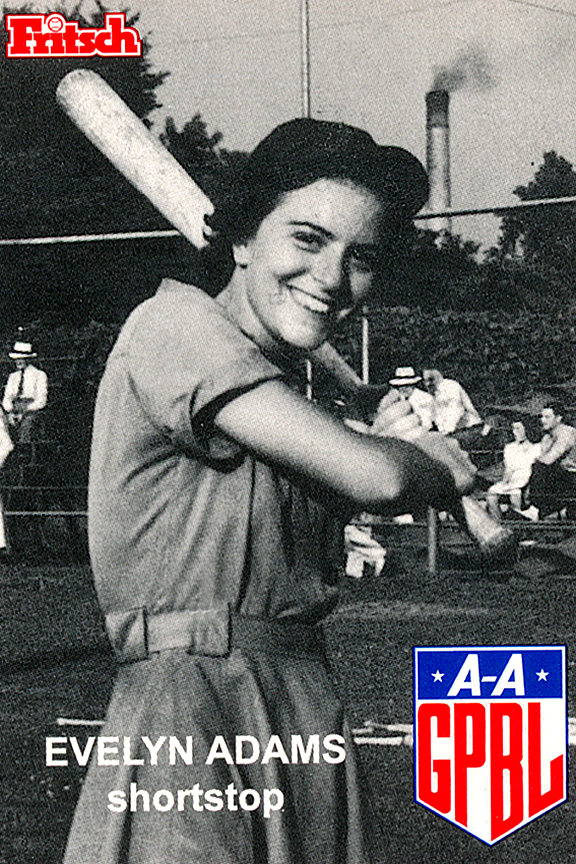 She played in the national tournament in 1940.

By She played in the national tournament in 1940.

Evelyn "Tommie" Adams passed away Augugust 14, 1999 (aged 75).  She was born November 16, 1923 in Richmond, VA. Evelyn was pre-deceased by her parents and one sister.  Survivors included a brother, two sisters, nieces, nephews, great-nieces and nephews

Evelyn earned the nickname "Tommie" because she was the neighborhood tomboy.  She played field hockey, basketball and tennis in addition to softball and baseball.

Evelyn was a 5'3" star hurler for the Frickles, the only girls' baseball team in Virginia before joining the AAGPBL.  She was also an inaugural member of the Metro Richmond Softball Hall of Fame.

Evelyn was a switch hitter when she played in the All-American Girls Baseball League, and she and her league mates were honored in an exhibit at the National Baseball Hall of Fame that opened November 5, 1988.

She continued to play fast-pitch softball with the Virginia Dairy team and the Pollyannas.  She played until the age of 70 with the slow pitch Polly's Pals and also coached several private softball teams.

Interment was in Dale Memorial Park, Chesterfield, VA.  In lieu of flowers, memorial contributions to the American Cancer Society were requested.