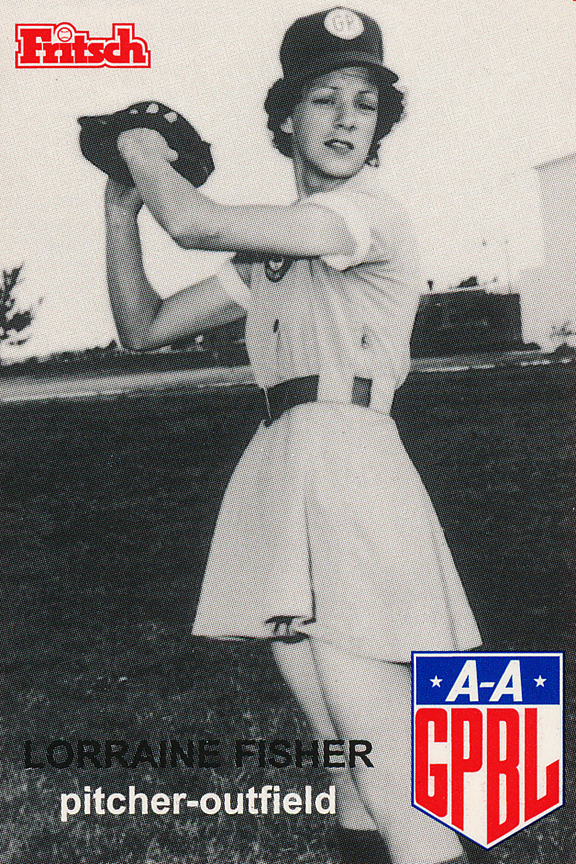 All-American Girl Professional Baseball player, Lorraine R. (Fisher) Stevens, died at home with her loving family by her side on Friday, November 9, 2007 at the age of 79 years.

Lorraine played professional baseball in the AAGPBL from 1947 to 1949. She began her career with the Rockford Peaches where she played in the outfield and was a pitcher. In her rookie year. She piched 13 games, splitting the season with 4 wins and 4 loses. In 1948 she was traded to Grand Rapids and joined the rotation as a starting pitcher. She retired from the league after the 1949 season. "Fish" never had a season below .500 as a pitcher.

Lorraine was a strong believer in family and teamwork. Baseball, her seven children, 15 grandchidlren and one great granddaughter were the highlights of her life.

"May heaven be your new playground."