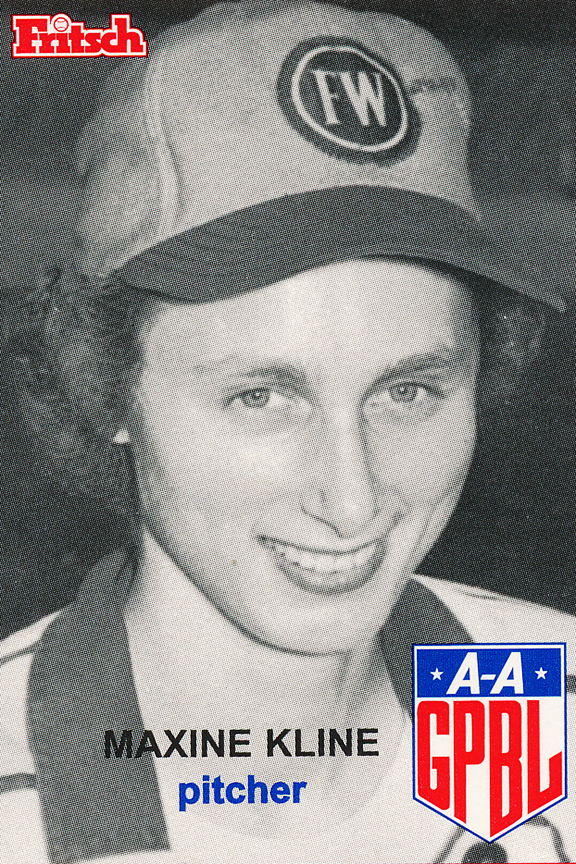 One of the league's elite pitchers, Max pitched a no-hitter against Grand Rapids in 1949.   In 1950,  she was the league's most winning pitcher with 23 wins. In 1951 she had an 18-4 record with a ERA of 1.95. An All-Star, this strong arm pitcher helped the Daisies challenge for the pennant for several years.

After the league folded in 1954, Max played on the Allington All-American All-Stars and toured the US from 1955 through 1958.

Maxine is survived by one sister and many nieces and nephews.  She was able to stay in her home thanks to the loving care and of two special friends.

In addition to her husband, Max was preceded in death by her parents, two brothers,  and six sisters.

Her first love was baseball. She was a pitcher from 1948 through 1954 with the Fort Wayne (IN) Daisies, a team in the All American Girls Professional Baseball League. She was considered one of the top five pitchers in the league. After the league ended, Max played on the Allington All-Stars, also known as Allington’s All-Americans, and toured the US from 1955 through 1958 playing against male teams.

Max worked at Jonesville Products for many years, where she met Bob, the love of her life. She became a full-time homemaker after marrying him and lived at their farm near Hillsdale for the rest of her life. Max was an “unforgettable” character, with a big smile and a great laugh. As one relative put it, “She was salt, grit and a baseball mitt.”

As per her wishes, the family held a private service. Maxine was buried with her husband at Northlawn Cemetery in North Adams, MI.

Memorial contributions are suggested to The Salvation Army or a charity of the donor’s choice. Please visit www.hamptonfuneralhomes.com to sign the guestbook and/or send a condolence to the family.