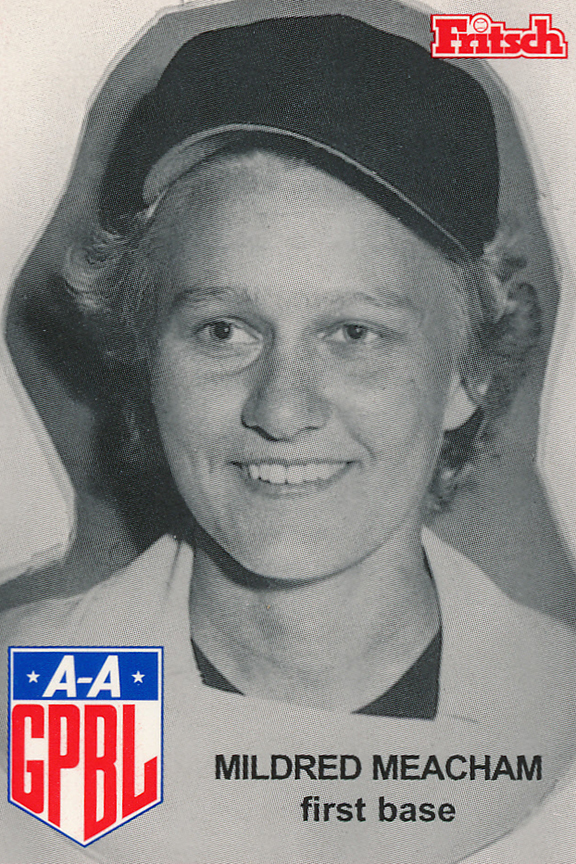 Mildred distinguished herself as a professional baseball player with the All-American Girls Professional Baseball League from 1947-48. She grew up playing basketball and softball while in high school. Upon joining the AAGPBL in 1947 she played first base with the Fort Wayne Daisies and later was traded to the Racine Belles. In 1948 “Meach” became a regular with the Springfield Sallies. In 1988 she received further recognition when she became part of “Women in Baseball” at the Baseball Hall of Fame & Museum in Cooperstown, NY. The history of this league was not common knowledge until the movie “A League of Their Own” was released in 1992. Following the movie, public interest grew and resulted in many letters to her requesting her autographed baseball card. She diligently returned thank you notes with attached cards.

Her artistic interest was revealed as she enjoyed watercolor painting while producing quite a few works. She had a deep love of dogs and assisted in breeding and training them.