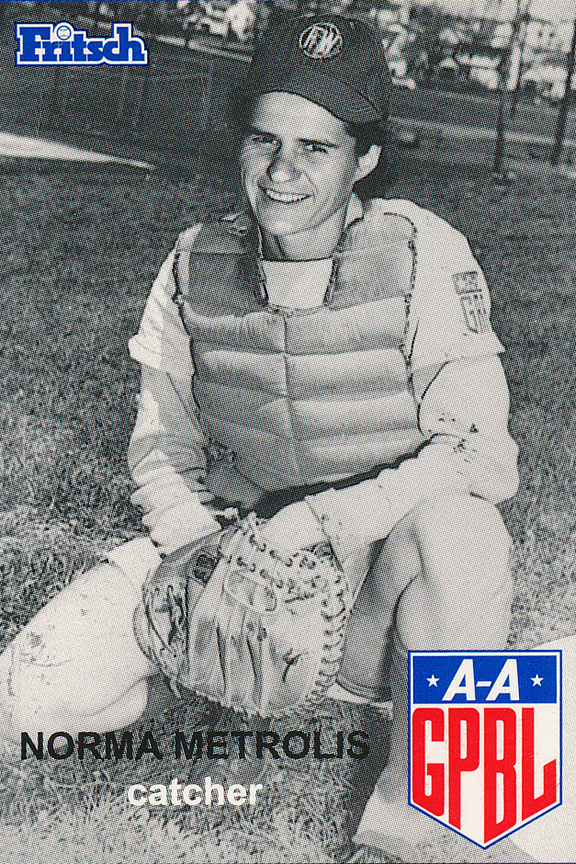 While playing for the Lassies Trolley saw limited playing time as the back up catcher behind Mickey Maguire.

Born in Kittery, Maine, Norma moved to Florida in 1939. She will be dearly missed by her many friends. Norma was survived by a brother and a sister.

Norma worked for the U.S. Dept. of Agriculture for 30 years as a fruit/vegetable inspector. She played catcher for several teams in the All-American Girls Professional baseball League from 1946-1950 and is honored with the rest of the league’s players by the Baseball Hall of Fame in Cooperstown, NY.

After retirement, Norma became an avid golfer and is credited with six holes in one.