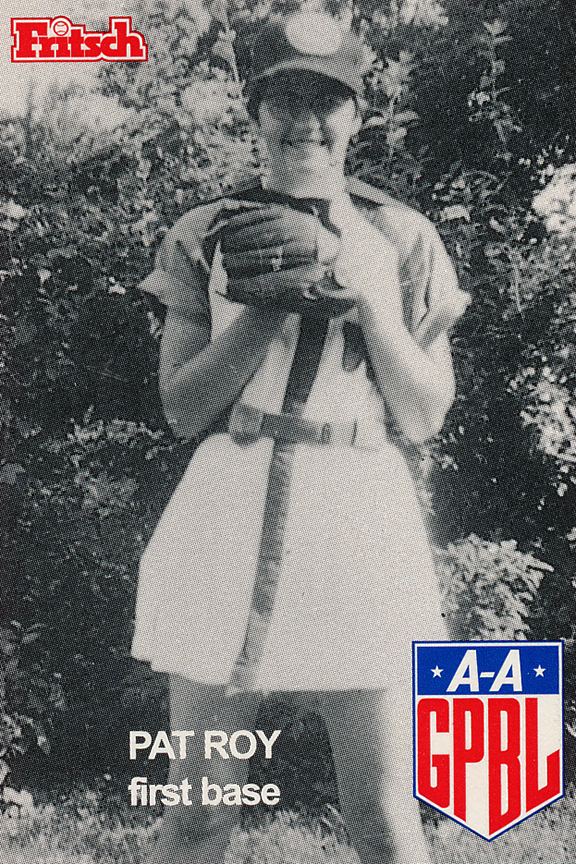 Patricia L. Roy, 78, of Ava Maria, FL, formerly of Carmel, IN, passed away May 23, 2017, at the Heritage Healthcare and Rehabilitation Center in Naples, FL.

Pat was born October 3, 1938 in Goshen, IN the daughter of Margaret and Arthur Roy. She graduated from Harlan (IN) high school in 1956 and Ball State University in 1960.

At the age of 15 Pat was selected to play first base for the Ft Wayne Daisies, a team for the Girl's Professional Baseball League (League of Their Own). Later she was a pitcher for the Valparaiso Queens softball team.

Pat's career began as a physical education teacher at Chesterton (IN) High School (1960). She also taught physical education and coached girls sports at East Gary (IN) High School (1964-71). In 1972 she was named the first Director of Girl's Athletics for the Indiana High School Athletic Association. As such she established the guidelines for the tournament series for all sports for girls in Indiana and directed the first Indiana State High School Girls Basketball Championship in 1976. Pat's passion was to create equal opportunities for high school girls in athletics in Indiana.

She was honored numerous times for her dedicated efforts including induction into the Indiana Basketball Hall of Fame and receiving the Pioneer of the Game Award. She received the Marian Archer Award and the Service Award presented by the Indiana Coaches of Girls’ Sports Association. The Patricia L Roy Mental Attitude Award is given annually to one senior player in each class of the Indiana State Girls’ High School Basketball Championship who best exemplifies a positive attitude, scholarship and leadership skills.

In 1993, Pat was commissioned as a Kentucky Colonel by the Governor of Kentucky. The following year the Governor of Indiana presented her with the Sagamore of the Wabash Award. In retirement Pat was an avid golfer who was excited to finally own her own golf cart. She is survived by her brother. Donations in Pat's memory can be made to the First Tee of Naples/Collier 1370 Creekside Blvd. Naples, FL 34108.